The program was created by the U.S. Army and the Department of Homeland Security and has been used by police officers and first responders.

Every Senator signed a letter demanding the FBI, Homeland Security and Attorney General do more to stop the bomb threats.

The warning follows the encouragement of lone wolf attacks in the U.S. by ISIS.

Indiana’s new school safety law will give the Department of Homeland Security the power to set school security standards in the state. 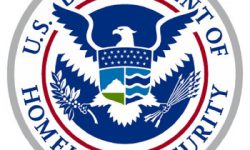 The new system is the result of an increased number of threats in the United States.

There are many questions surrounding the collapse of a stage during a high school play that sent 16 students to the hospital.

Three men were arrested in the Los Angeles area Wednesday as federal prosecutors alleged they helped hundreds of immigrants stay in the U.S. by pretending they were attending school.

A Market Research Reports study estimates the global market for products used to secure the homeland will exceed $364 billion in 2020.