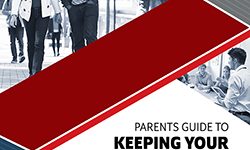 Would You Rather Cling to Your Beliefs or Have a Safe Campus?

Keeping an open mind will improve campus security because we will be less inclinded to ignore or explain away critical threats and evidence.

The lawsuit was the second against the university to be dismissed by a judge.

The lawsuit had demanded $3 million from the university.

The hate crime charges came with a much harsher penalty than the other charges.

A new complaint alleges there were four victims in the sexual assault incident rather than one.

The coach argued he was fired in part because of his age.

How to Assess Your Hazing Prevention and Response Program

Here’s how the University of Florida successfully applied 32NCSI’s Alcohol and Other Drugs Assessment Tool.