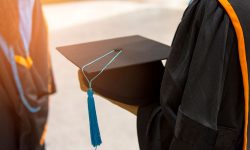 Part 1 of 3: How to Handle Gangs on College Campuses

Higher education administrators are often unaware of or ignore the fact that gang members are on their campuses — here’s how you can address it.

Gang violence is suspected after four teens were injured in two separate shootings.

The agreements stem from a lawsuit filed on behalf of students who the ACLU says were unlawfully detained and accused of participating in gang activity during a 2010 ‘gang sweep.’

Police say the gunshot detection system improves their reaction time and accuracy after someone fires a shot.

David Orosco Garcia was able to leave the hospital he was being treated at following his arrest.

California State University’s Los Angeles campus will not close despite a campus shooting Sunday night that sent two teens to the hospital.