The man who filed the lawsuit claims the University of Cincinnati is violating Richard Spencer’s right to free speech.

Despite the event’s cancellation, conservative media personality Milo Yiannopoulos made an appearance at the university on Sunday. 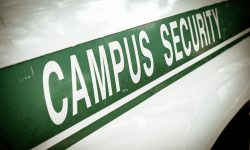 Addressing the Threat of Extremism on Your Campus

Here’s a run-down of the tactics used by extremists such as white supremacists and the “black bloc”, as well as some ways your campus can keep protests peaceful.

The memes and messages were sexually explicit, and some targeted specific racial and ethnic groups.