The man was acting erratically and reportedly told responding state troopers he had smoked a cigarette dipped in PCP. 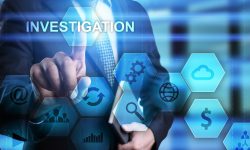 A third-party investigator found no evidence of disorderly conduct or racial profiling from the officers who arrested a Freeport patient.

The doctor was gunned down by a patient’s husband who was angry that he would not prescribe opioids for his wife’s chronic pain.