This session will provide tips on how to best deal with both the uncertainty and greater latitude introduced with the U.S. Department of Education’s rescission of their compliance handbook last year. 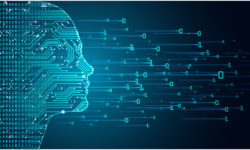