Looking to hire someone to manage your campus Clery Act compliance efforts? Here are the qualifications he or she should possess.

An investigation was launched after complaints that the school violated the Clery Act by not providing sexual assault prevention and response procedures.

Since colleges first published annual security reports 25 years ago, the Clery Act has been the driving force to protect victims and make campuses safer.

The figure shows schools still have a long way to go to encourage sexual assault victims to come forward. 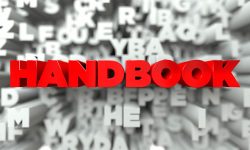 This edition includes guidance on how institutions of higher education can comply with the Violence Against Women Reauthorization Act.

Does Your Annual Security Report Make the Grade?

The Clery Center’s June 22 virtual workshop will help multiple departments on campus learn their roles in putting together ASRs.