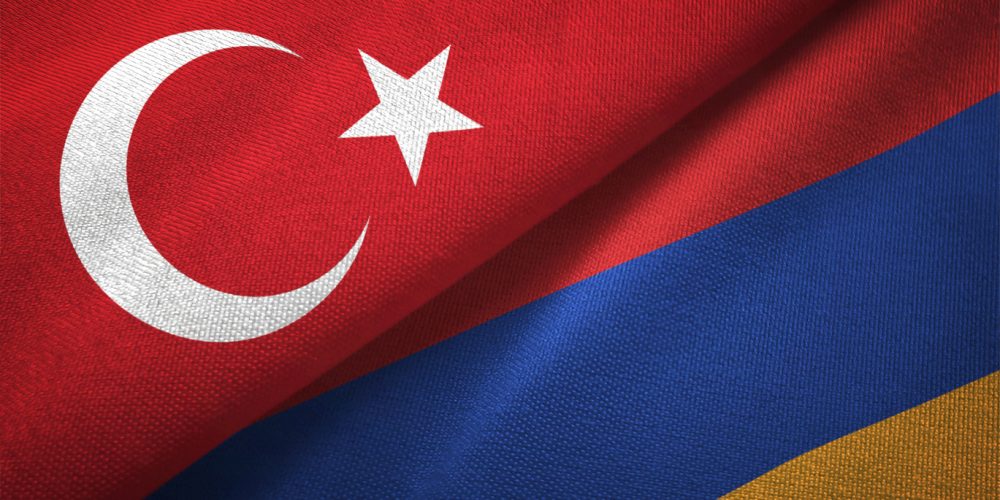 In April 1915 the Ottoman government embarked upon the systematic decimation of its civilian Armenian population.

The Los Angeles Police Department is looking into alleged hate crimes at two Armenian private schools in the San Fernando Valley (Calif.) that were vandalized with Turkish flags.

Pictures on social media show Turkish flags all around the campus, hanging from the entrance gates and on the stairwells inside the building. At Ferrahian, the flags were hanging just feet away from the on-site church.

Police are calling it a “hate incident” rather than a “hate crime” because they feel no crime was committed.

The significance of the Turkish flags at Armenian schools stems back to the Armenian Genocide that began in 1915. Persecutions continued until 1923 when the Ottoman Empire was replaced by the Republic of Turkey. Turkey denies any allegations of genocide.

“To put a Turkish flag on an Armenian institution would equate to putting a swastika in a synagogue or something like that,” said Arpi Avanesian, principal at AGBU Manoogian-Demirdijian.

L.A. City Councilman Paul Krekorian called the targeted schools, “institutions that are cherished by parents and educators and our entire community,” including his family.

The campus was put on lockdown and parents were asked to park off-campus and walk to the main security gate during pick-up and drop-off. Police remained on campus throughout the day Wednesday.

Word of the incident has spread throughout the Armenian community, causing outrage.

“These campuses are places where children from kindergarten to high school attend classes, play with friends, eat their lunches, pray in the chapel, and learn how to be productive and law abiding citizens,” said Ardashes Kassakhian, City Clerk of Glendale.  “They also learn about their history, which includes the dark chapter known to all as the Armenian Genocide…”

The Turkish flags have since been removed from the campus and students have replaced them with Armenian flags.

Krekorian says police are determined to continue their investigation and ensure the safety of students.