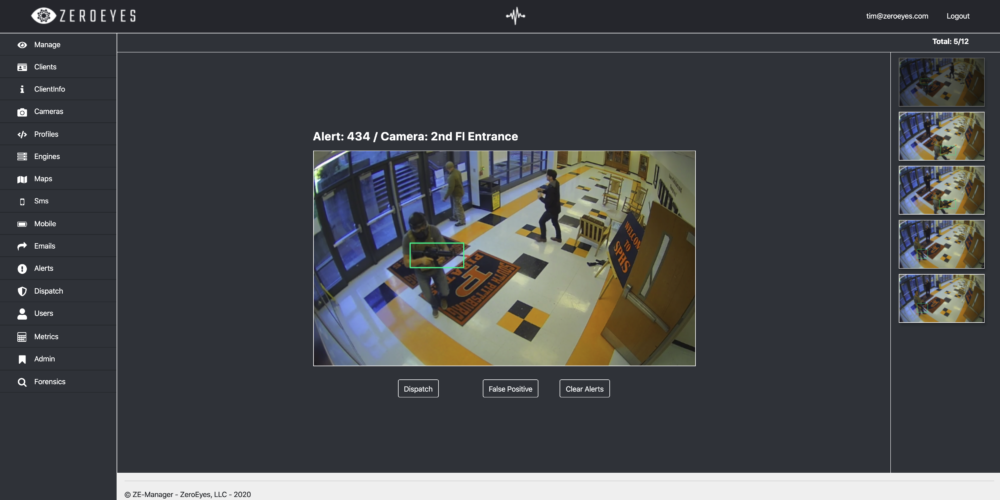 For South Pittsburg High School (SPHS) Principal Tim Bible, the security of the high school he leads is deeply personal. As a former SPHS student, Bible was a senior in 1985 when another student entered the campus and shot a teacher. It’s something he thinks about nearly every time he walks in the building. 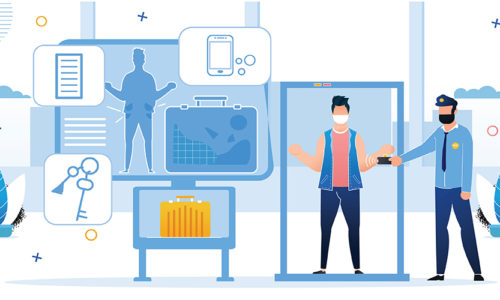 Related: Will COVID-19 Affect Weapons Detection on Your Campus?

School resource officer (SRO) Brandon Price agrees, since he has a son in his freshman year at the school and a daughter who will be high school age in a few years as well.

“It’s certainly much more than a paycheck for me,” Price says. “I want the best equipment possible for our school, and after seeing what these cameras can do, I believe it is going to be very beneficial to help keep our kids safe.”

The state-of-the-art video surveillance system installed at South Pittsburg High that Price is referring to was made possible by bringing an exceptional team of designers and installers together with cutting-edge technology designed to automatically detect guns and instantly alert authorities.

ZeroEyes, makers of an artificial intelligence (AI)-based weapons detection system, contacted Bible and Price and invited them to be part of a pilot program. Designed to help identify threats before they become violent, ZeroEyes’ technology integrates with an organization’s existing security cameras and works with security professionals and law enforcement to close the crucial seconds needed to keep people safe.

The first system of its kind in the state, according to Hanwha Techwin and ZeroEyes, the system analyzes video footage from surveillance cameras placed strategically around campus. ZeroEyes’ platform has been trained to recognize and identify any type of gun and rapidly alert authorities before a shot is ever fired. If a gun is detected, the system immediately sends a video feed and identifying data to the ZeroEyes command center where it is analyzed by highly-trained operators to quickly verify the credibility of the threat. If credible, 911 is called to dispatch first responders while messages and calls are placed to the SRO, principal and any other personnel on the notify list.

Timing is critical and every second counts, so the system and command center is precisely tuned to decrease the response time for first responders. The ZeroEyes system decodes the RTSP video stream directly before it goes to storage to provide the least possible event latency. The system also provides first responders with continuously updated real-time information during an active shooter environment, with coordinates based on a pre-defined grid system that law enforcement has trained with.

How the Installation Began

After assessing the school’s previous video security system, it was clear they would need to upgrade to a high-quality, digital IP-based video security system to be able to give the weapons detection system the resolution required for maximum accuracy. Diversified Systems, a New Jersey-based media technology and integration company, was retained to do the design and integration work while Nashville-based South Western Communications (SWC) was selected to do the physical installation of the cameras and supporting infrastructure.

During phase one of the installation, which concluded with a comprehensive simulation and drill involving multiple agencies, ten Hanwha Techwin cameras were chosen for their ability to provide the best possible video quality in all lighting conditions. The Diversified team chose a selection of Hanwha Techwin cameras including PNV-9000 multi-sensor cameras for maximum quality exterior and perimeter coverage including the parking lot, and QND-6082R dome cameras for interiors and hallways. QNO-8080R bullet cameras were used outside on the school’s entrance bridge area.

“The picture quality of Hanwha Techwin cameras far exceeds the competition. We also like the ease of set up and the price point,” says Tory Smith, director of technical operations at MCW/Diversified. “It’s important to us that Hanwha entirely controls the quality of its cameras. They build everything themselves.”

The school has 25 licenses of Hanwha Techwin’s Wisenet WAVE VMS to manage the video feeds and storage. A key benefit of the WAVE VMS is that it can run on modest computer workstations, which further saves on equipment costs. The final installation will have approximately 50 cameras replacing all the older analog equipment.

The first phase of the project completed in February with an active shooter drill held the school in partnership with the faculty, SRO, the local police department and SWAT team. In total, there were three different drills at the high school, which allowed different police departments and agencies to cycle through and see how the system responded and how it worked. 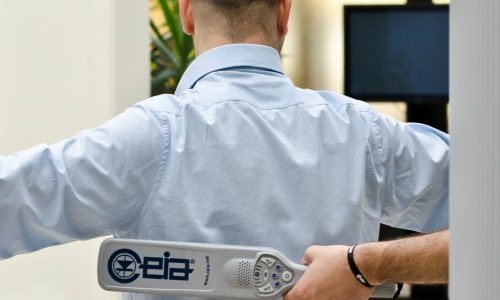 “The system was extremely well received by all of the police departments that were able to attend the drills. Everyone was impressed with how the Hanwha cameras were able to clearly see the weapons and simulated assailants, and how accurate ZeroEyes’ AI weapons detection system was in its ability able to detect, validate and quickly communicate the threat. It was a great success for all involved,” says Smith.

“As the first-ever weapons detection system to be installed in the state of Tennessee, the ZeroEyes’ platform, coupled with Hanwha’s cameras, allowed us to get positive weapon detection in areas of low lighting, at distances greater than 25 feet, with a variety of weapon types typically used during mass shootings,” he says.

Lee Haston, business development manager at SWC, explains some of the more technical aspects of the new system.

“The ZeroEyes system works based on how many pixels per square foot the surveillance system can supply. The more pixels, the better the detection rate of the system,” he says. “So, it really depended on how we set the cameras up, making sure that we placed the cameras in the areas that are really going to be providing the most detailed image data.”

Smith cites FBI data and other case studies that has found the average time for a mass shooter to set up and get configured is around is around five minutes or more before they fire the first shot.

“It’s precisely during this time that we want to get alerted so we can proactively react and lock down the school,” he says.

Most school shootings scenarios are reactive situations where shots have already been fired. These new technologies help put schools in a more proactive position where seconds can save lives. Timing is critical since the duration of most mass shootings are five minutes or less. Any method to slow or impede a perpetrator results in lives saved.

Being prepared for a school shooting is not an exercise that anyone enjoys, but for SRO Price and principal Bible, it gives additional piece of mind to know they’re doing all they can for their school. Day to day, the new cameras are going to provide the staff with the ability to better manage the school grounds to keep students honest, accountable and respectful of each other.

“I’m looking at the cameras right now, and it’s like the difference between standard definition and high definition of watching a ball game,” says Bible. “The image quality coupled with a proactive solution to detect weapons, makes us truly feel that we’ve invested in the highest level of security to keep our students and staff safe.”

Doug Hansel is a technology evangelist for High Rez PR.