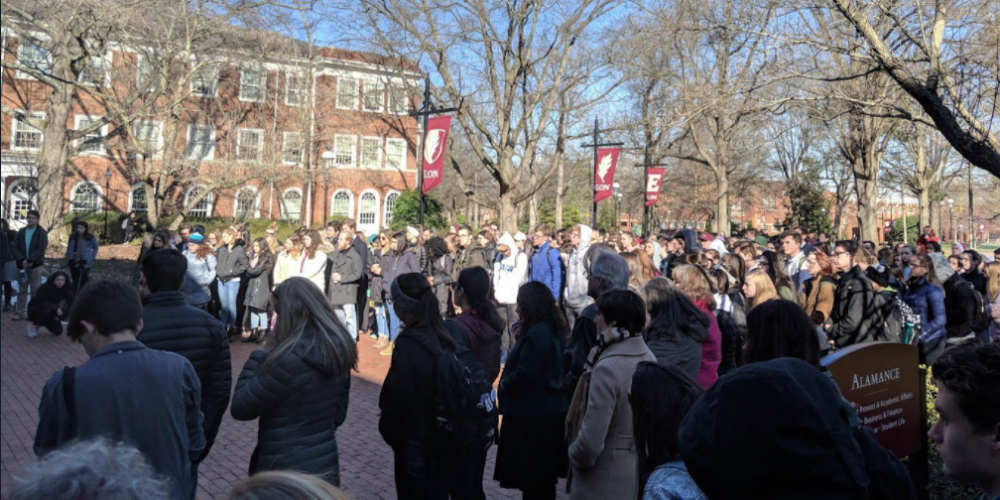 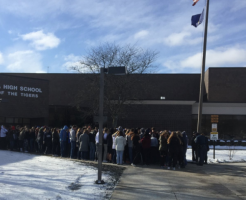 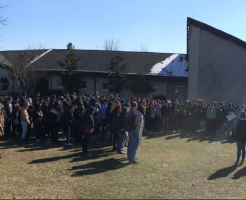 Schools are grappling with safety concerns today as students across the country are walking out of their classrooms to protest gun violence.

Schools have taken widely varying approaches to handling the protests, from helping organize the demonstrations to threatening punishment for any students who participate.

Meanwhile, in Hartford County, Maryland, the protests were not endorsed by the district because, according to Superintendent Barbara Canavan, the demonstration “presents, paradoxically, a threat to student safety as word of the walkout has been widely disseminated and students who go outside could become more vulnerable.”

In Gobb County in Georgia, administrators warned students that they’d be subject to disciplinary action if they participated in the national walkout.

Still, students from that district were seen leaving campus at the planned protest time of 10 a.m.

Hundreds of images have been posted on social media of the demonstrations, some of which we’ve included in our slideshow. In some cases, parents have been seen participating or supporting the protests.

One reason for the differing responses by school officials may be the different types of protests taking place at different schools.

Some students are staying on campus and congregating directly outside of their school building while others are marching through neighborhood streets.

Schools in more urban locations have had more difficulty keeping students on their campuses. Many schools have thus enlisted the help of local law enforcement to ensure safety and security.

At the Manhattan Center for Science and Mathematics, a high school in East Harlem, city police closed off the surrounding block and observed the event in orange vests, a tactic school security personnel around the country also used.

The politically-charged nature of the protests has also led to varying degrees of activism that has raised tensions. In other places, students are treating the walkout as an opportunity to commemorate the victims of past school shootings.

Students at Columbine High School, for instance, observed 30 second of silence outside the school (17 for the victims in the Parkland shooting last month and 13 for the victims from the historic school shooting on their own campus).

Regardless of the nature of the protests and the stance of the administration, school security officials’ goal is the same as any other day: to keep students safe.

View photos of the protests