Does your school district or state have a mask mandate in place for students and staff? Odds are, they’re being sued. 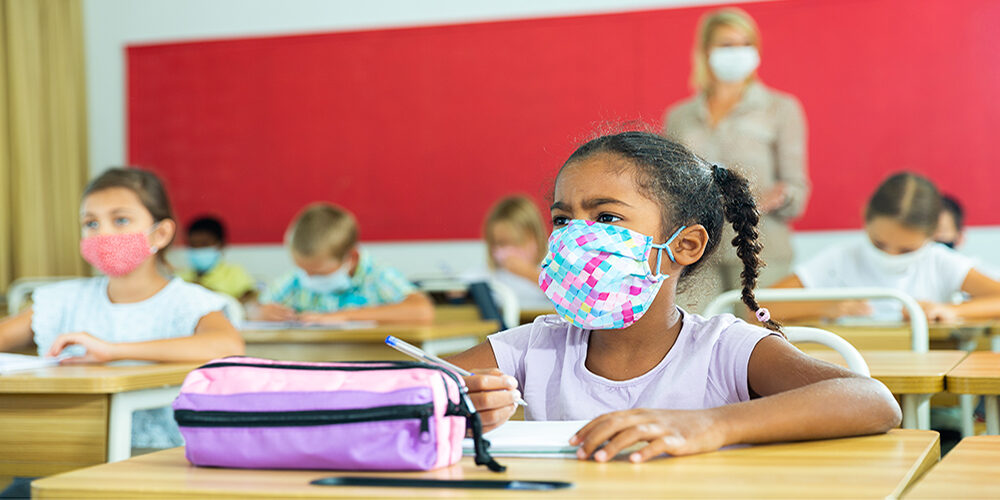 Masks mandates are words many of us have uttered countless times in the last year and a half. Whether at the local, state or national level, some form of a mask mandate has been present in any given part of the U.S. since the onset of the coronavirus pandemic.

Now that some schools are back to full in-person learning for the first time since March 2020, more mask mandates have gone into effect. Subsequently, the lawsuits against these mandates are piling up — and they’re from all groups of people involved in education: parents, teachers, attorneys generals, administrators, and senators, just to name a few.

In New York, a group of parents who oppose the state’s regulations, which require all students, staff and faculty to wear masks in schools and on buses, filed a federal lawsuit on Monday against state Health Commissioner Howard Zucker, reports The Times Union. The lawsuit claims the mask mandate violates their children’s First Amendment rights and causes them physical, psychological and sociological harm.

“The masks have made the children sick, stunted their intellectual and social growth and most importantly violated their freedom of speech and association,” reads the lawsuit. “While the virus may no longer be fatal to our health, it poses an existential danger to our liberty.”

The lawsuit further alleges children face little risk of serious health consequences if they contract COVID-19 and that face coverings are making it difficult for them to communicate with teachers. They are also causing symptoms like headaches, anxiety, and oxygen deprivation, the suit says.

Several of the plaintiffs have children with autism spectrum disorder or sensory issues and say wearing masks makes it a challenge to communicate and receive communication. Under the state mandate, there is an exemption for students with “medical or developmental conditions that prevent them from wearing a mask … as documented by a medical provider.” It does not specify what conditions would be subject to an exemption.

New York Senator George Borello and Niagara County Legislator John Syracuse also joined a group, dubbed NY Parents to Unmask Children Inc., in filing a lawsuit against Governor Kathy Hochul and the Department of Health on Sept. 17, according to News 10. The lawsuit pushes for parental choice and calls the regulation “arbitrary and capricious given the absence of any emergency justifying the use of emergency adoption procedures.”

“Throughout this country, the legislative and judiciary branches have stepped back and allowed the executive branch at all levels of government to assume sole control of all government functions when it has any association with the COVID-19 virus and taken fundamental decision-making away from the individual,” attorney Corey J. Hogan wrote in a statement announcing the lawsuit.

Just south in Pennsylvania, members of the Hempfield Area School Board are considering whether to join a current lawsuit or file their own against a mask mandate issued by the state earlier this month, reports Trib Live. Monday night, board members voted 7-1 to gather information about lawsuits already filed against the Pennsylvania Department of Health’s mask mandate for K-12 students and staff.

“I am personally for (the lawsuit),” said board member Jennifer Bretz. “I am for parent choice. I remain steadfastly in favor of parent choice for masking and support any measure that we can legally implement to support restoring the parents’ right to choose. … We have your best interest. Our hands have been tied, and we’re trying our very best.”

“If we have an opportunity to join any of the lawsuits, I’m 100% in favor of it,” board member Mike Alfery added.

In Missouri, Attorney General Eric Schmitt filed a motion for class certification and a motion for preliminary injunction in his lawsuit against the Columbia Public School District and other districts with mask requirements. According to Schmitt, this would include approximately 50 school districts in the state.

“I think people should make these decisions,” he said. “As their Attorney General, I am going to always fight for their individual rights. I spoke to parents and they’ve had enough of this, they want to be able to make this decision for their kids, not a bureaucrat.”

In some states, lawsuits are challenging officials’ attempts to stop mandates or allow parents to opt their children out of them. In Tennessee, lawsuits have been filed challenging Governor Bill Lee’s executive order allowing parents to opt their children out of masks mandates put in place in Williamson County and the Franklin Special School District. Some of the suits allege the lack of universal masking violates students with disabilities’ rights under the Americans with Disabilities Act and Section 504 of the Rehabilitation Act. In some parts of the state, judges have temporarily blocked Lee’s order, allowing school districts to enforce mask mandates if they choose.

Proponents for mask mandates in schools point to the fact that many studies show masks are effective at slowing the spread and therefore protect those who are immunocompromised or cannot be vaccinated for a variety of reasons, including age — which is currently the case for children under 12.

While all walks of life have filed these suits, parents seem to be the most common factor in many of them. In Indiana, a lawsuit filed by parents with students in the Northwest Allen County Schools demanded school and state officials stop mask mandates. Although not a state-wide requirement, Indiana schools have been incentivized to require masks. For instance, schools will no longer need to keep students out of class who have been identified as a close contact of someone with COVID if the schools have a strict mask mandate in place. The lawsuit says this approach “exceeded authority delegated by the legislature under the Emergency Management and Disaster Law.” 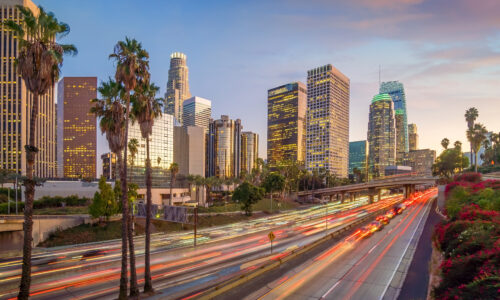 In Georgia, eleven families are suing Fulton County Schools for its mandate. The suit claims the mandate “has caused both physical and mental health issues across all ages.” In South Carolina, parents with students in the Charleston County School District filed a lawsuit against the district after its board of trustees voted last week to enforce mask requirements. The lawsuit is also calling into question the “‘vaccine or quarantine’ policy which is preventing their children from obtaining their constitutional right to a minimally adequate education.”

Across the country, in Montana, a group of parents and a local nonprofit filed a lawsuit against Bozeman, Monforton and Big Sky school districts. In Nevada, parents with students in the Las Vegas area filed a lawsuit last month against Governor Steve Sisolak, Attorney General Aaron Ford and the Clark County School District. The lawsuit says the policy adopted by the district under emergency directives issued by the governor and enforced by the attorney general is unconstitutional because it violates parental rights and due process requirements.

The lawsuit also argues the worst of the pandemic is over and that scientific evidence of the effectiveness of masks in preventing the spread of the disease is subject to debate.