Pennsylvania Governor Tom Wolf signed the bill just hours after it overwhelmingly passed the House and Senate on June 22. 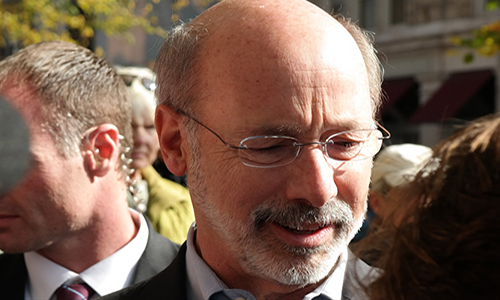 The bill includes $60 million in school safety grants and the creation of an anonymous tip line. (Image: iStock.com/gsheldon)

Pennsylvania Governor Tom Wolf signed legislation that will allocate $60 million for school safety grants as part of the 2018-19 state budget.

Wolf signed the bill just hours after it overwhelmingly passed the House and Senate on June 22, reports The Associated Press.

Senate Majority Leader Jake Corman (R., Centre) said school safety funding was the legislature’s “number one priority” in the budget, noting that his own children attend public schools in Pennsylvania.

The bill primarily sets up state-administered programs to distribute $60 million in school safety grants and take anonymous reports of dangerous activities or threats of violence in schools.

School districts can use the money to hire police officers, pay for in-school mental health counselors, educate teachers on appropriate responses to concerning behaviors or for physical security upgrades.

Additionally, up to $7.5 million of the total funds can be dedicated to programs focused on reducing community violence, reports Philly.com. According to the bill’s language, such programs could include promoting communication between communities and law enforcement or mentoring for students with parents in prison.

The anonymous tip program, called “Safe 2 Say”, will be administered by the attorney general’s office and will relay tips to appropriate schools and law enforcement agencies for further investigation or action.

The motivation behind the tip line, according to Senator Pat Browne, is that some students might not feel comfortable filing official complaints with police or school officials, particularly if they have to identify themselves.

The bill calls on a new committee under the Pennsylvania Commission on Crime and Dequincy to review incoming applications from each district and allocate the grant money.

To ensure the funds are evenly distributed, each school district that applies is guaranteed at least $25,000 but is limited to ten percent of the total available funds. All funds must be allocated to qualifying districts by Oct. 31, 2019.