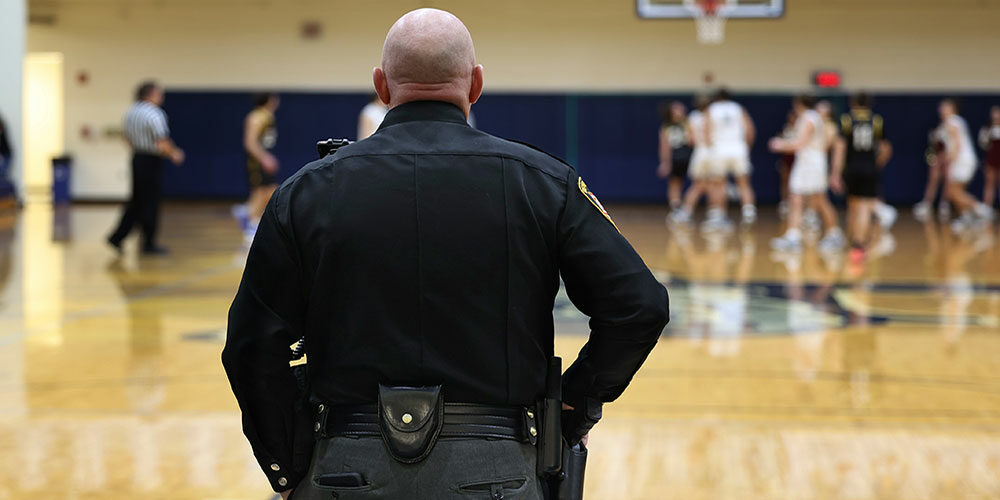 FRESNO, Calif. — The Fresno Unified School District (FUSD) board voted 6-1 Wednesday to bring back armed police officers to some of its middle school campuses starting during the 2022-23 school year.

The officers will be provided by the Fresno Police Department, which hasn’t had a contract with FUSD’s middle schools since the summer of 2020, reports The Fresno Bee. The contract addendum will provide five full-time student resource officers to five middle schools in addition to one sergeant who will oversee the officers. It will cost the district just over $1 million.

The schools were selected based on multiple data points, including calls for service from Fresno police and emergency calls to the district’s support team, GVWire reports.

Under FUSD’s prior contract with the police department, officers served as school neighborhood resource officers, splitting their time between the schools and surrounding neighborhoods. Under the contract amendment, the officers will be on the campuses full time as they are on high school campuses.

The addendum says the goal is to have at least one SRO at all FUSD middle schools by the start of the 2023-24 school year. The agreement also requires the district to publicly share data on SRO’s’ interactions with students — a requirement that is also part of the district’s contract for high school SROs.

During Wednesday’s board meeting, Amy Idsvoog, the district’s executive officer for health services, safety and emergency response, said the majority of students reported in surveys that they felt more vulnerable when police officers were not on campus. 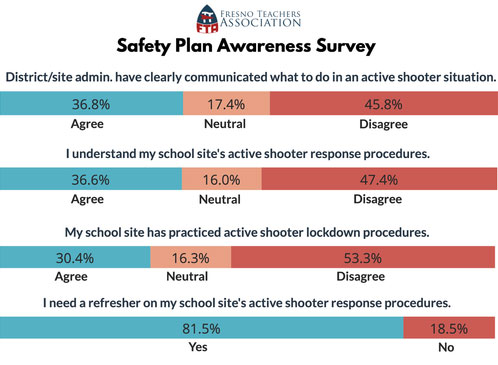 After the Uvalde, Texas, school shooting, the Fresno Teachers Association sent out a survey to its members to find out how prepared they are for an active shooter, according to Fox 26 News. The survey findings include:

FUSD Superintendent Bob Nelson told Fox 26 about the school’s additional security plans, which include training exercises for the upcoming semester and single-gate entries for all schools.

Nelson said the district is in the process of modifying classroom locks and looking into implementing a key card system and an emergency communications program.

The district also plans to bring in additional social and emotional professionals. In the last decade, the school has increased its budget for social/emotional student supports from $5 million to $38 million.

“All of that comes at a cost but we can’t have what happened in Texas, happen, if it’s in any way preventable,” said Nelson. “We need to try and take whatever steps necessary, right? Like, no amount of physical cost to make modifications to a building… replaces the tragedy that occurred.”