The 1,500 pages of documents detail Adam Lanza’s killing obsession, his expression of interest in pedophilia and his mental health.

The documents also give insight into Lanza's relationship with his mother, who he shot and killed before killing 26 others at Sandy Hook Elementary.

The FBI has released over 1,500 pages of documents in connection with its investigation into the December 2012 Sandy Hook Elementary School mass shooting, where 20-year-old Adam Lanza shot and killed 20 children and six adults.

The documents outline Lanza’s disturbing background, including an interest in school shootings dating back to 2011, his tumultuous relationship with his mother and an interest in pedophilia.

The documents, which were released on Tuesday, also detailed a conversation where Lanza had said he was planning a school shooting.

One man, whose name was redacted, says he went to Newtown, Connecticut, police in 2008 after he was told about a conversation in which Lanza had said he had an assault weapon and was planning to kill his mother and children at the Sandy Hook Elementary School.

The man says police told him that “Lanza’s mother owned the guns and that there was nothing N.P.D. could do about it,” according to the New York Times.

Perhaps the most troubling revelation is Lanza’s interest in pedophilia, although there is no evidence that he acted on it.

One document noted that a file on Lanza’s computer advocated pedophiles rights and the liberation of children. A screenplay was also discovered, describing a relationship between a 10-year-old boy and a 30-year-old man. 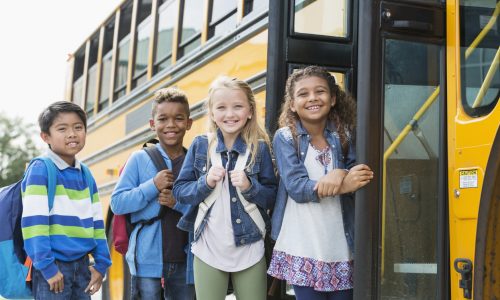 Another document stated an unidentified woman, who had befriended Lanza online two years before the shooting, told investigators he had said he believed sexual relationships between adults and children could be “possibly beneficial to both parties”, reports CNN. She described Lanza as “the weirdest person online” and “extremely intelligent”.

The woman also told investigators that Lanza was “singularly focused and obsessed with mass murders and spree killings” and respected and could empathize school shooters.

He allegedly said mass killings were “a symptom caused by a broken society”. She thought Lanza may have believed he was “saving” children from the “harmful influences” of adults.

She also told investigators some of Lanza’s online usernames referred to school shooters, like Tim Kretschmer and Kimveer Gill, but she did not believe Lanza would carry out a mass killing.

A behavioral analysis by the FBI also determined that Lanza did not “snap”, but had instead been planning the attack as early as March 2011. The documents say Lanza engaged in careful, methodical planning and preparation.

“The shooter shared many similar characteristics and behaviors with other active shooters,” says the document. “There is no evidence to suggest that the shooter viewed the attack as a ‘video game’ or as a contest.”

Documents also say that Lanza’s relationship with his mother, Nancy Lanza, had deteriorated in the months leading up to the shooting, which created a “significant challenge and stressor in his life”.

One document described Nancy as a “gun nut”. The rifle, two handguns and shotgun that where were discovered next to Lanza’s body and in his vehicle had all been legally purchased by his mother.

A person told the FBI that his mother had become increasingly concerned with his behavior a month before the shooting. He had become a “shut in” and did not go anywhere in three months. Natural sunlight hurt his eyes and he found food unappealing, says a document.

The same person also told investigators that Lanza had not accepted that he had Asperger’s syndrome, a form of autism, and did not take medication.

A 2014 report from a Connecticut child advocate says Lanza’s Aspergers did not cause or lead directly to the shooting, according to the Business Insider.

The 2014 report also claimed his mother dismissed psychologists’ recommendations that her son be medicated and undergo treatment for anxiety and other disorders. The report says Lanza’s parents and teachers contributed to his isolation by not confronting his issues.

Another document, which transcribed an interview with a neighbor, says the FBI had visited the Lanza household in the past after he was able to hack a government computer in the ninth grade.

“The authorities told Nancy that if her son was that smart he could have a job with them one day,” says the neighbor.

Several neighbors also told authorities that they received death threats after the shooting from someone identifying themselves as Adam Lanza.