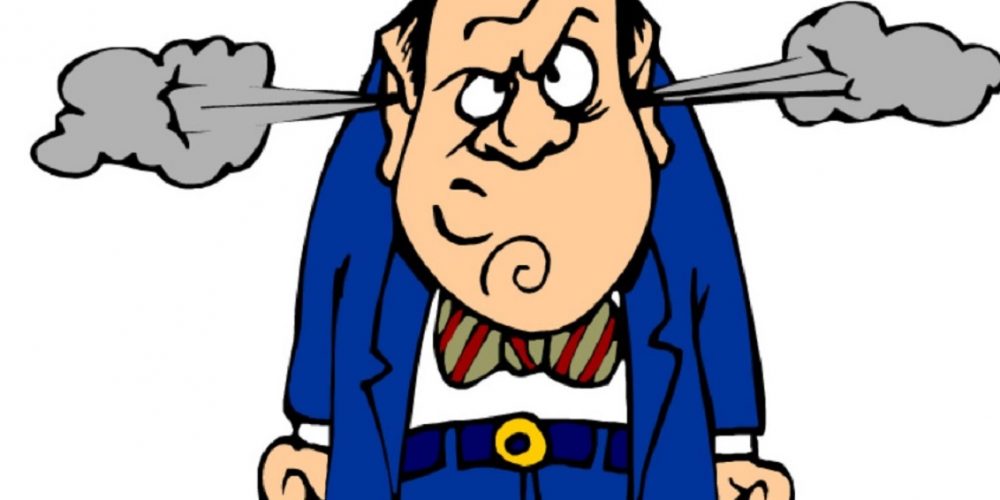 Editor’s note: Although this article was originally published in 2013, these tips on verbal de-escalation and improving your interactions with others still applies. Whether you are new to Campus Safety or a long-time reader, this article serves as an important reminder.

We have all been there. Whether working a traffic stop, providing event security, responding to a domestic violence call, receiving complaints or helping campus citizens navigate bureaucracy, we have interacted with angry, frustrated, confused and unreasonable people.

The signs of their frustration and anger are obvious. The indications may include a red or flushed face; vocal extremes, such as very loud or soft speech, a faster pace or a higher pitch; rapid respiration; protruding veins; a bladed stance; hands balled up into fists; or an unwillingness to listen. Sometimes, these behaviors are accompanied by a subject’s lack of awareness of his or her surroundings, clothes in disarray, the odor of alcohol or drugs, or actual threats. These are toxic situations.

The challenge, in keeping with our “protect and serve” mandate, is to protect ourselves from violence and complaints while meeting the citizen’s needs, when possible, without resorting to physical means and arrest. These challenges are not unique to police and security officers. They extend to all service personnel, whether public or private, who deal with the public.

The following 10 tips will help you prevent an interaction from becoming toxic and de-escalate one that does.

1. Remember the Golden Rule. Everyone wants to be treated with dignity and respect. People want to be asked rather than told to do things, and they want to be given options rather than threats. Most importantly, they want to be told why they’re being asked to do something. Remember: by virtue of being in a position of authority, you are the “superior” in a superior-subordinate relationship. Think of this relationship as that which exists between a parent and a child. Note there is inherent conflict in this interaction because nobody wants to be seen and treated as a subordinate. Ordering people to do things may work in the short term, and sometimes, there is no other choice. However, such commanding behavior often antagonizes people, resulting in resentment and complaints. Even if your command carries the moment, ask yourself how that member of your campus community, whom you’ve just over-ridden, is likely to interact with the next officer or service person encountered.

2. Provide relevant information. What’s the first thing most citizens ask in a traffic stop? Usually, it’s “why did you stop me?” We are an information society, and everyone wants to know what’s going on. People want explanations because they want to understand what’s happening to them and why. They abhor feeling powerless. Again, we want to avoid the parent-child relationship. Telling your child to do something because “I’m your father (or mother) and I said so!” may work, especially when your kids are young, but it is a losing proposition with a citizen who expects and has a right to be treated with respect. And, by the way, answering the speeder’s question with “It’s my job” won’t cut it. Perhaps your explanation will touch on the fact there are children in the area, there have been recent accidents there, etc.

3. 2 = 6. In any conversation between individuals A and B, there are six rather than two people involved. Consider the speeder I stop. There is the “real” me (i.e., the product of my background); the person I think I am (I see myself as a dedicated, brave, honest and exceedingly handsome officer); and how the speeder sees me (old, fat, donut-eating cop filling his ticket quota). Then, there’s the actual, existential speeder, the speeder’s self-perception (i.e., an excellent driver, and with a legitimate need to go faster than the silly laws allow), and the speeder I see (a law-breaker endangering the public). You can see how a conversation in which I allow myself, how I see myself, to interact with the speeder as I see him or her, is going to skew the interaction in a way that will upset the citizen and deny him or her the respect and understanding they deserve.  In short, recognize all people see themselves and each other differently.  You must be sensitive to these often conflicting perceptions to understand the dynamics of the conversation and to minimize conflict.

4. Get all the information. If you are relying on words alone to communicate, you are probably missing most of the information you need to deal with a difficult situation. Psychological research suggests words constitute less than 10% of the message. The other 90+% come from non-verbal indicators. When I tell my wife on a Saturday that instead of working at home on her honey-dos, I am going to take a ride on my motorcycle, she might say “yes”, but her eye-roll is a definite “you’d better not.” Similarly, think about your own non-verbals. If a citizen is interacting with you and you’re standing there with your arms folded across your chest (bad officer safety, by the way), your hand is resting on your sidearm, or you’re checking your phone for a text, you are effectively telling the citizen his or her message is not important to you. Hands on your hips, finger pointing, and in some cultures, prolonged or direct eye contact send messages you wish to avoid. Besides posture, your tone is crucial. More than 90% of complaints come from tone. If your responses drip with sarcasm or are made in a disinterested monotone (remember Dragnet’s Sgt. Friday: “just the facts, ma’am”), citizens will conclude you don’t care about their problems.

5. Empathize. In the rough world of Washington, D.C., politics, it’s often said if you want a friend, get a dog. People want others to care about them. If you are dealing with a person who is upset about something, tell him you understand and know how he feels because the same thing has happened to you. Even if you haven’t experienced the same situation, make up a plausible story to establish a bond between you and the citizen. It humanizes you and best of all, when you’re talking, the irate citizen isn’t! He or she is listening, which is what you want. For instance, you are called to the financial aid office because a student standing in line is upset at the delay. Perhaps you can tell him of your similar experience at the Department of Motor Vehicles and how you realized the people there were understaffed but doing their best. The ability to empathize may be the most important means of de-escalating a conflict.