The figure shows schools still have a long way to go to encourage sexual assault victims to come forward.

The figure illustrates the discrepancy between campus crime data taken from student surveys and annual crime reports released by colleges.

Multiple studies have indicated that around 20 percent of female college students are victims of attempted or completed sexual assault.

The crime report data was analyzed by the American Association of University Women, or AAUW, which analyzed several categories of sexual violence required to be disclosed under the Clery Act.

The group cited a Break the Cycle study that showed more than one in five college women is the victim of physical abuse, sexual abuse or threats of physical violence at the hands of an intimate partner.

The analysis also showed that institutions that reported one type of sexual violence often reported other types.

AAUW members suggested that this meant certain institutions have more robust reporting and response mechanisms in place for victims than others.

Data from about 11,000 colleges and universities was analyzed by AAUW. 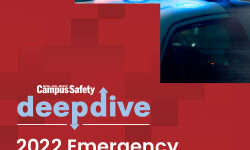