Developing a glass security strategy requires careful consideration of the existing glass type. If hardening measures are to work well in an attack, security products must be chosen based on the glass type in a given opening. 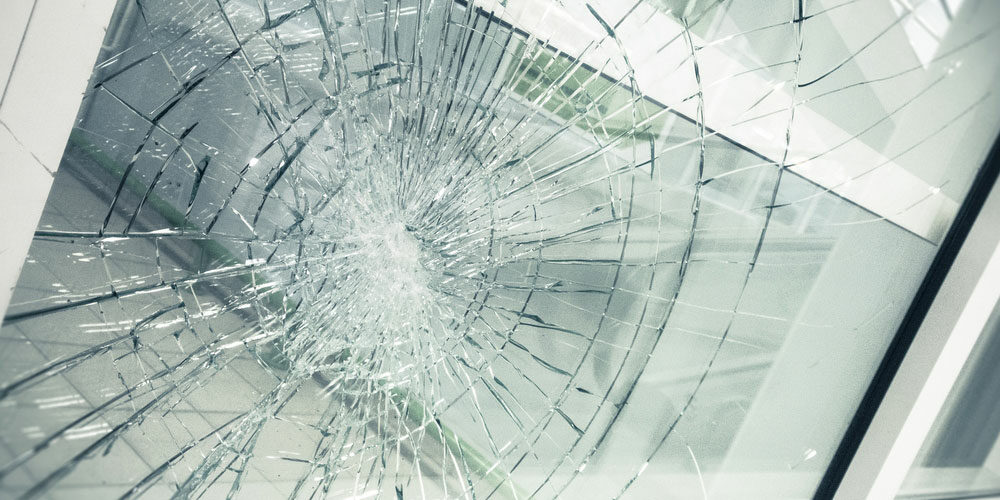 Glass is made in various ways and typically falls into three main categories: tempered, annealed, and laminated. Knowing what type of glass you have in a given area is a good place to start in determining the product that will best protect against forced entry in an active threat or other attack.

Tempered glass, when broken, bursts into tiny pebble-like fragments for safety. This shattered glass is extremely unstable, so simply adding a security window film, also known as a security laminate, even if attached to the frame at the edges, can be easily thwarted by a determined intruder. If using a heavy tool, the attacker can hit the same spot several times and rip through the film and destabilized tempered glass, creating a hole large enough to enter the building – usually withing seconds, not minutes. In the case of a door breach, an intruder only needs to make a hole large enough to reach through and press the panic egress hardware which immediately opens the door. Tempered glass is generally required by code in entrance doors and surrounding windows, as well as any windows that are within 18” of the floor – floor to ceiling style windows for example.

An alternative to window film, and a solution that can withstand attacks of this nature, is forced entry-grade polycarbonate, or Riot Glass® access denial glazing shields. Riot Glass® is installed with special aluminum framing that is attached to your existing window and door frames. The frames support the polycarbonate overlay. This process is known as over-glazing. The polycarbonate is virtually invisible and looks just like regular glass, but when struck with a heavy tool it does not break and often prevents the original glass behind it from breaking. This form of protection is sometimes referred to as an invisible board-up because it protects like a board-up but has no appreciable effect on the look and feel of the building.

Annealed glass, often referred to as float glass or plate glass, breaks into large shards which can be extremely dangerous if impacted by a person in an accidental breakage. Because it is considered so dangerous, annealed glass is only used in areas where human impact is not likely. Windows that are not near a walkway or entrance may be annealed. Thick security window film can be used effectively on annealed glass due to its large break pattern. Annealed glass is more difficult to dislodge from the frame when broken and a single layer or double layer of security window film with an attachment system at the edges is an excellent choice for these windows.

Laminated glass can be thought of as a sandwich consisting of two thin pieces of glass on either side and a plastic-like material in between. It is similar in strength to annealed glass with window film and can be thwarted in less time than the Riot Glass® system. Laminated glass is not generally installed in new construction, but rather as a security retrofit. If your school does not already have laminated glass, your existing glass can be treated with Riot Glass® or security window film in lieu of replacing the glass.

Knowing which glass type you have is crucial to protecting your glass correctly and delaying or preventing an attacker from entering the building. Protecting your glass is about buying time, and time buys options. A comprehensive security glass strategy can give building occupants time to react and authorities time to arrive and neutralize the threat before lives are lost.

To learn more about Riot Glass® glazing shields and window film products, visit their website at www.riotglass.com or call 800-580-2303