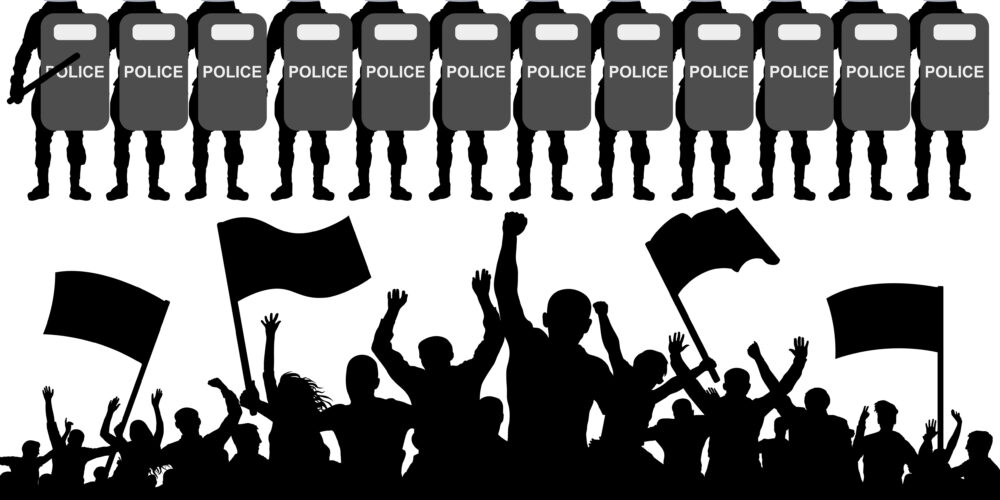 Photo via Adobe, by nosyrevy

As college classes start up again, so does the potential for security and safety issues to occur at campus events, be they football games, controversial speaker presentations, demonstrations, concerts and more. Additionally, considering the high number of riots, protests and demonstrations on a wide variety of issues that have taken place over the past couple of years, public safety and emergency management departments must be mindful of the security issues that might carry over onto their campus from the surrounding community.

That’s why the 2021 Campus Safety Conference, held in San Antonio, Texas this summer, hosted “Campus Events and Protests: Creating Policies for Maintaining Safety, Security and University Support on Campus.” The workshop featured Paul Denton, who is a consultant with Security Risk Management Consultants; Mark DeRee, who is director of threat intervention services for the University of Wisconsin (UW) Madison Police Department; and Ronnell Higgins, Yale University’s director of public safety and chief of police. Consultant Amanda Wright was the moderator.

DeRee kicked off the workshop with an overview of his former department’s experience at Minneapolis Community and Technical College (MCTC) during the summer of 2020’s social justice protests of the murder of George Floyd. At the time, he was associate director of public safety, which consists of only nonsworn security personnel.

DeRee described his and his department’s experience as the protests broke out and took over much of Minneapolis and St. Paul. The campus is only two miles from the location where Floyd was murdered, two miles from the Minneapolis Police Third Precinct, which was destroyed during the protests, and only a half mile from the Minneapolis First Precinct, which was also under siege.  (You can listen to his presentation at the 2020 winter Campus Safety Online Summit for some of his comments).

Some of the lessons he and his department learned as a result of the protests include:

During halftime, the activists came onto the field and unfurled signs and banners with slogans like, “Nobody wins. Yale and Harvard are complicit in climate injustice.” They were then spontaneously joined on the field by about 400 other game attendees from the stands, which surprised the demonstration’s organizers. The game attendees who remained in the stands became angry at the 43-minute delay of game caused by the protest, and the entire incident was televised on ESPN.

Despite this, the situation was managed and resolved with no injuries and no reported incidents of violence.

Higgins attributed the positive outcome to the following:

Higgins’ experience with the Yale football game protest was fortunate, due in great part to good relationships, smart response policies and planning. However, the presenter who followed him, Denton, described one experience he and his former department had at Ohio State University (OSU) in 2015.

OSU had just won the championship football game against Oregon, and students poured onto OSU’s campus to celebrate, with some of them marching to the stadium. Revelers then broke down gates, tore down the stadium’s goal posts and set 89 fires in the community. Tear gas was used to disperse the crowds, and there was a lot of media coverage.

Denton believes more and better planning could have led to a better outcome. “Failure to plan is planning to fail,” he said.

He then presented on leading practices for crowd management and control. Some of Denton’s suggestions included:

For more information on managing controversial events and issues resulting from civil unrest, please refer to the following articles that Campus Safety has previously published: