Kaiser Permanente staff and patients evacuated or sheltered in place after a disgruntled male in the mental health unit fired six or seven rounds. 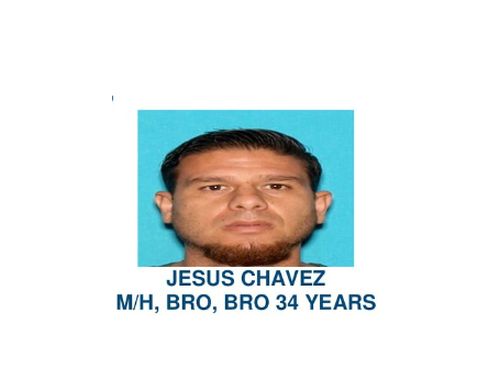 The suspect has been identified as Jesus Chavez. Photo: Downey PD

The ordeal began at about 11:30 a.m. when Jesus Chavez, 34, caused a disturbance in the mental health unit, kicked the walls and threw a chair out of a window just before he produced a handgun, reports ABC7. He then shot the weapon six or seven times, but no one was injured.

About 400 people were evacuated from the Orchard building, Downey Police Capt. Mark McDaniel told CBSLocal. A receptionist said she hear loud noises and glass shattering. Some people sheltered in place while others evacuated.

“We started hearing screaming and yelling outside,” Betty Esquiva, who was a patient inside the hospital, told ABC7. “He was saying, ‘I have a gun, people are going to die.’”

Another witness said the suspect was angry about a doctor’s appointment.

A Kaiser security officer contacted the suspect, who then produced his firearm. The officer then came out of the room and told a witness that Chavez had a weapon. The officer told the witness to evacuate.

The hospital issued a Code Silver, which designates that there is a situation involving weapons or a hostage.

When law enforcement arrived on scene, they searched the hospital for more than an hour. When they confronted Chavez, he surrendered without incident.

Authorities say that the active shooter training involving police and security personnel they had conducted at the hospital this past spring helped them to effectively handle the situation.

Chavez is being held at the Los Angeles county Jail and will be charged with making criminal threats, reports NBC Los Angeles.

Downey is a suburb of Los Angeles.