Two infected patients received injectable narcotics from the nurse who admitted to diverting the drugs and also tested positive for hepatitis C. 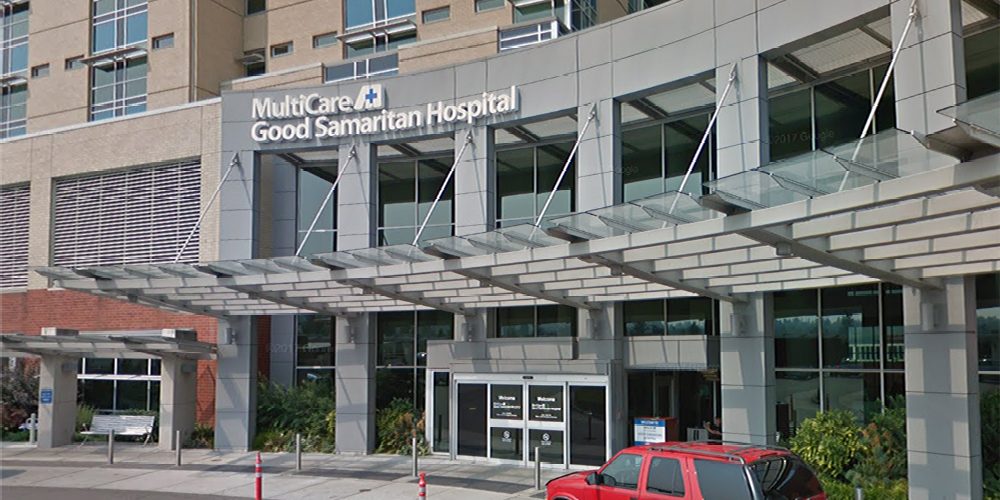 Hospital officials are urging 2,600 patients who may have interacted with the nurse to be tested for the disease. (Image: Google Maps)

A nurse at the MultiCare Good Samaritan Hospital is suspected of infecting at least two patients with hepatitis C after she admitted to stealing injectable narcotics.

Officials at the Puyallup, Wash., hospital are urging 2,600 emergency room patients who may have interacted with the nurse to be tested for the disease, reports The News Tribune.

An investigation conducted by the national Centers for Disease Control and Prevention was able to link the infected patients through genetic comparison. The investigation found a 96 percent match between the patients and the genetic source of the virus.

The connection made between the ER nurse and the patients, who were identified in late March following an internal investigation, led hospital officials to announce a safety alert.

“We are taking action as if she’s the common denominator,” said Chris Bredeson, the hospital’s chief operating officer.

“I can’t speak to whether we’re gonna be sued, but we are doing the right thing by being transparent and being public about this,” he said. “We want to make sure this doesn’t spread throughout the community. We want to do whatever is needed to make this right.”

The hospital also filed a report with the Puyallup Police Department, indicating the nurse may have stolen injectable narcotics.

Puyallup Police Chief Scott Engle says his agency was contacted by the hospital Monday morning but has not received a formal report regarding the alleged theft.

The nurse initially denied any illegal activity when confronted by hospital investigators but later admitted to state investigators that she had “diverted” injectable narcotics intended for patients.

Bredeson says the nurse has resigned and faces an investigation by the state’s Nursing Care Quality Assurance Commission. The preliminary phase of the investigation has been completed.

Hepatitis C is a blood-borne virus that attacks the liver and is typically spread through the sharing of needles. Hospital leaders say they cannot speculate on how the disease was transmitted when asked if the nurse may have used needles on herself and then patients.

“We know she admitted diverting medications,” Bachman said. “But we don’t know the mechanism.”

Both of the patients who tested positive for the disease received injected narcotics from the nurse.

Hospital leaders say they waited to alert the public until tests confirmed the suspected link between the two patients and the nurse.

Potentially infected patients should receive a mailed notification this week. Testing and any subsequent treatment for the disease will be free. Per advice from the CDC, the hospital will also offer free testing for hepatitis B and HIV, according to King 5.

A list of shifts worked by the nurse can be found here.