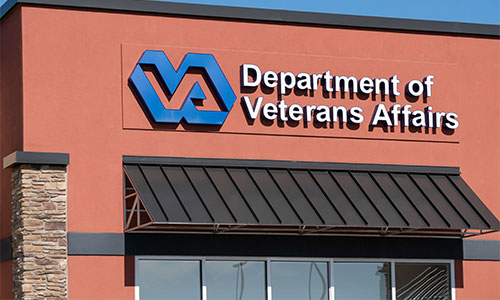 A woman who shot a man outside the Fayetteville (N.C.) VA Medical Center last week was there seeking mental health treatment, according to federal court documents.

The victim, Michael James Walker, was walking outside to call his wife for a ride after being treated in the emergency department when he was shot by 27-year-old Jasmine Laquanmoyea Thomas, reports CBS 17. Walker went back into the facility to say he had been shot and collapsed.

A VA police officer went outside and saw Thomas and her mother, Pamela Machelle McKinnon, who was in a wheelchair. The officer took Thomas into custody and she admitted to the shooting, said the FBI.

McKinnon later told investigators that she was taking her daughter to the hospital for mental health treatment. According to the FBI, when they pulled up outside the emergency department, Thomas jumped out of the car with a red duffel bag, pulled out a handgun and shot Walker. Thomas and Walker did not know each other, said FBI spokesman Shelley Lynch.

Walker received treatment at the VA Medical Center before being taken to Cape Fear Valley Medical Center where he underwent emergency surgery for a gunshot wound to the abdomen. His condition was unknown on Monday.

The VA Medical Center had additional security on hand throughout the weekend.

“The events of Friday underscore the importance of preparedness and how effective training is for a timely and lifesaving response,” said spokeswoman Tara Ricks.

Hospital employee Gabriel Carr said hospital police are very visible and he is not concerned about the campus’ security.

“Things happen,” he said. “This is one of those incidents where they are far and few between.”

Thomas is being charged with assault with intent to commit murder and is scheduled to appear in federal court on Monday.