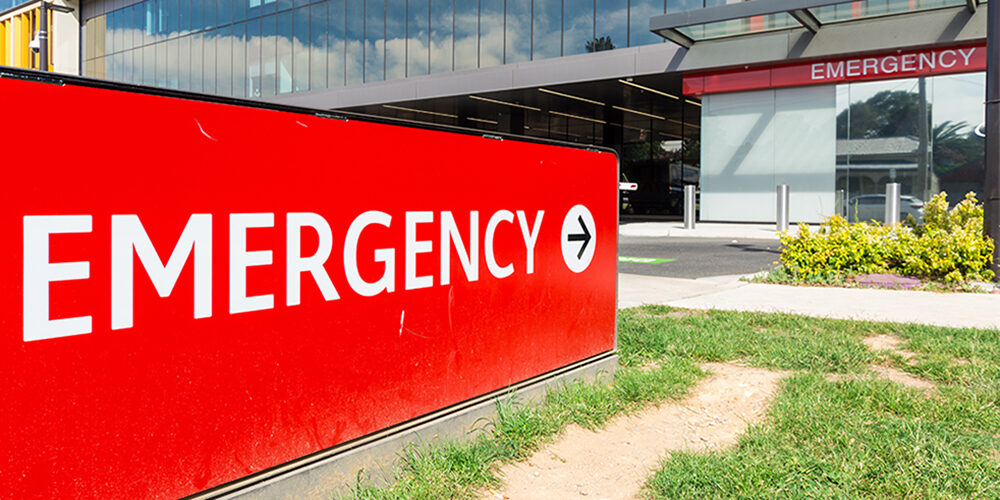 BUTLER, Penn. –– Parents are suing a Pennsylvania hospital for negligence after their one-year-old son was punched by another patient while in the emergency room.

Last month, Kelly Miller took her son to get stitches at Butler Memorial Hospital. While waiting to be seen, a man chased them down before punching her son in the face, reports International Business Times. The patient, identified as Elijah Flick-Geibel, had been admitted involuntarily as a psychiatric patient.

Related: Doctor Sues Pennsylvania Hospital After Being Stabbed by Patient

“It was just me and my son, with (the patient) coming at us without help. I felt really alone in that situation,” Miller told WPXI. “One-hundred percent they could have stopped this from happening, especially him hitting my child, It went too far.”

The Miller family filed a lawsuit against the hospital, claiming it failed to protect the child. The family dropped charges against Flick-Geibel, citing his mental health issues.

Police said Flick-Geibel also fought with a hospital employee and security before being restrained. A mental health worker representing Flick-Geibel said he was triggered by the baby’s loud noises.

The complaint also claims when Kelly screamed for help, security did not help her and it was hospital staff that had to detain Flick-Geibel. Kelly’s husband said she and the baby are recovering but there is trauma.

The couple’s attorney, Al Lindsay, said the hospital has treated Flick-Geibel before.

“My client with her 1-year-old waiting to be stitched up because of an accident, is being chased by someone who is obviously mentally ill, and having this gentleman punch her child in the face, someone who the hospital knew was very dangerous,” he said. “This is not his first rodeo. He’d been there and had such conflicts with the staff and mental health unit.”

Flick-Geibel is currently being held at Butler County Prison and is unable to post bail. A preliminary hearing is scheduled for Thursday but the judge dropped the most serious charge of aggravated assault.