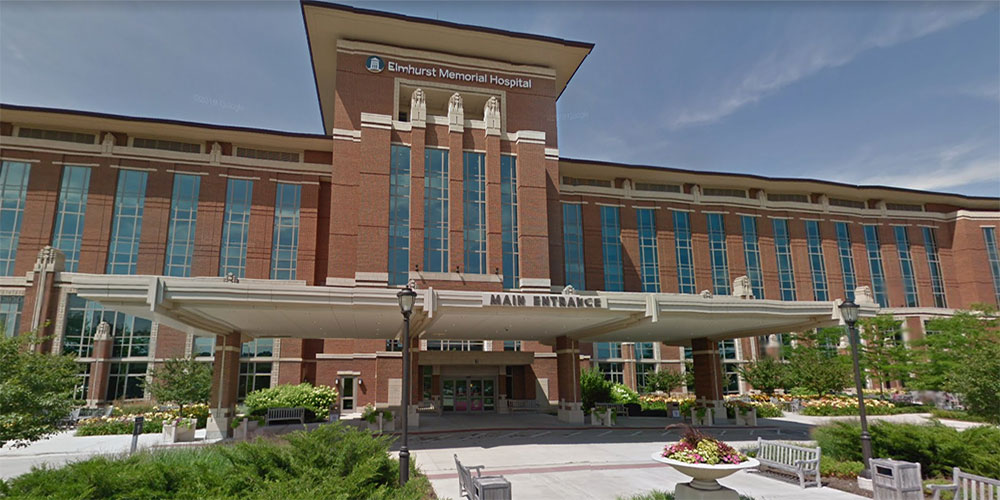 A woman is in critical condition after being shot by her stepfather in the parking lot of an Illinois hospital.

Officials at Elmhurst Memorial Hospital said the pair were involved in a domestic altercation outside of the emergency room around 7 p.m. Wednesday, ABC 7 reports.

The man, identified as 73-year-old Robert Shek, and his stepdaughter, 44-year-old Imelda Shek, were sitting in a vehicle when he shot her in the face.

Police were called to the hospital after the victim was able to make her way into the emergency room after being shot. She was transferred to a Loyola Medicine hospital where she is undergoing treatment, according to the City of Elmhurst’s Facebook page.

The gunman was found in his car suffering from a self-inflicted gunshot wound. He was taken into the hospital by responding paramedics and died a short time later.

A Code Red was called as a precaution and the hospital was briefly locked down from 7:12 p.m. to 7:25 p.m. Operations returned to normal after the situation was cleared.

Alice Gorecka, 25, told the Chicago Tribune she was with her husband in the ER lobby when the woman ran in holding her face.

“She was yelling, ‘My dad shot me.’ It was definitely very scary,” Gorecka said.

Witness Erica Kuschel was in a different area of the hospital when the Code Red was called.

“It kind of got chaotic. We don’t know where to go or what to do at the time, and then the alarm went off again for it, and we were brought back to a room – like a bunch of families into one room in the surgery area,” Kuschel recalled. “We were told to close the door, and if the active shooter had come, to put the bed up against the door.”

The investigation is ongoing as Elmhurst Police Department detectives continue to process evidence and interview people related to the case.