Son Charged with Stabbing Mother to Death in Tallahassee Hospital

The 22-year-old suspect told police he killed his mother at Capital Regional Medical Center because she was a “bad influence”. 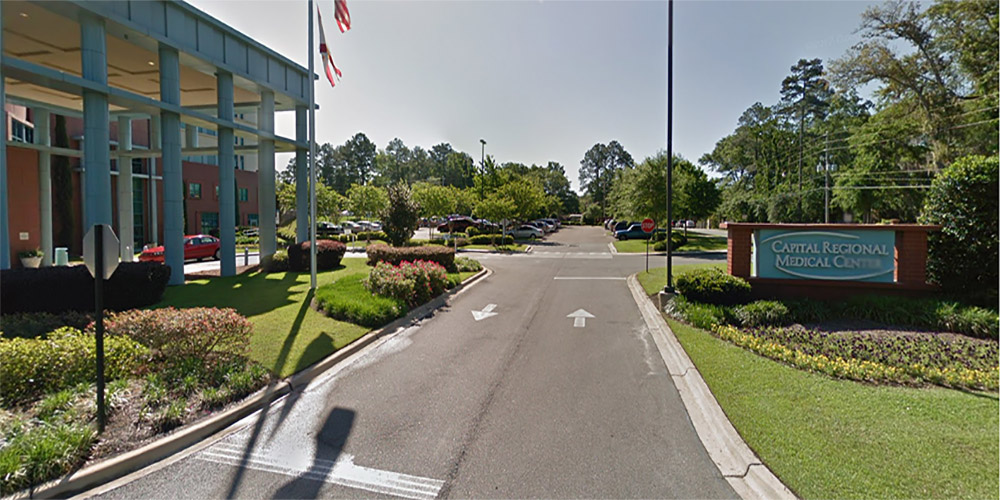 The suspect put on a surgical mask and gloves before allegedly stabbing his mother. (Image by Google)

A man has been arrested after police say he stabbed his mother to death in her hospital bed at Capital Regional Medical Center in Tallahassee.

The suspect, 22-year-old Alexander Sparks, was reportedly in his mother’s hospital room for several minutes before nurses were alerted by the sound of her beeping heart monitor, reports The Miami Herald. A nurse, who went to check on 57-year-old Liese Sparks, retreated from the room.

A few seconds later, Sparks emerged from the room clutching a knife, which he placed on a nurse’s desk. He then proceeded to an elevator where he was met by a Lake County Sheriff’s deputy and hospital security. The woman was found dead with multiple stab wounds.

LCSO Lieutenant Grady Jordan says the incident occurred at approximately 10:00 p.m. Friday night after Sparks brought the knife with him to the fourth floor where his mother was staying. He then went into a supply closet and put on a surgical mask and gloves before entering his mother’s room.

Sparks reportedly told investigators he killed his mother because she was a “bad influence” on him.

A GoFundMe page, allegedly created by Liese, was started 14 months ago to pay for moving expenses after she and her son were forced out of their apartment due to renovations. According to the page, Sparks was his mother’s caretaker as she is “disabled/homebound”.

“12 years ago my 8-year-old son and I moved to Tallahassee in order to be closer to his grandparents. My mother had died the year before and I had little to no family to turn to for help. I was in horrible health and it was becoming increasingly difficult for me to walk,” reads the page.

Sparks, who has no prior arrests, has been charged with premeditated murder and is being held without bond at the Leon County Detention Facility.