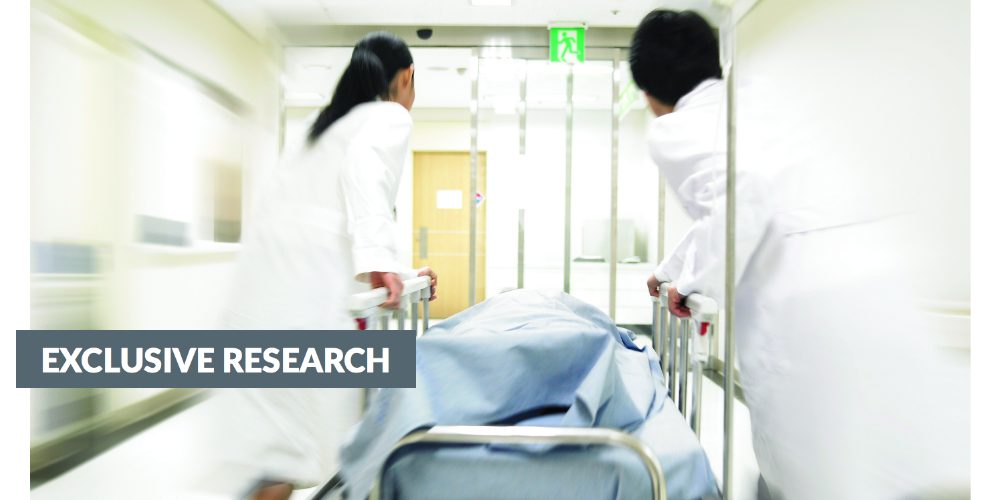 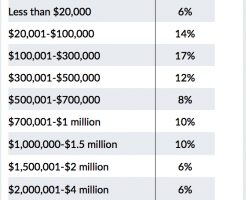 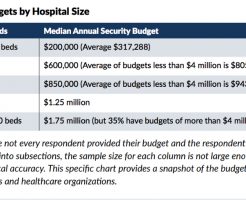 The results from Campus Safety’s 2017 Hospital Security Survey have been tabulated, and nearly half of our survey takers (49 percent) say they have seen an increase in crime/security incidents compared to 2016, with only 14 percent having experienced a decrease.

We’ve already posted the 15 Most Common Types of Hospital Security Officer Training, but there were loads of other insights in this year’s survey results, including statistics on budgets, risk assessments, equipment and more.

When it comes to risk and vulnerability assessments, for instance, participants indicate they are less satisfied with the level of these evaluations compared to four years ago. Ten percent fewer 2017 respondents say they are somewhat or very satisfied with the number and frequency of the assessments they conduct, with 6 percent more saying they are somewhat or very unsatisfied. Despite this dissatisfaction, the rates of assessments have remained virtually unchanged since CS’ last Hospital Security Survey.

Skip to the tables and charts!

What is most notable about this year’s survey results, however, are the many aspects of healthcare security that have remained consistent over the past four years.

That being said, with there being about 5 percent inflation overall in the past four years, hospital public safety/security departments should have received a 5 percent budget increase to maintain the same level of spending that they had four years ago.

The good news is that more than a third of survey respondents say their budgets this year are higher than last year, although nearly a quarter report that their budgets are less.

Additionally, many participants are more optimistic about next year’s finances. More than two in five (42 percent) expect their budgets will be more in 2018, while 41 percent believe they will remain the same and 16 percent say they will be less.

Now check out all the data from this year’s Hospital Security Survey!

Stay tuned for additional results on the top security systems hospitals are planning on purchasing in 2018 and the types of security officers hospitals employ. CS thanks all of the more than 350 hospital public safety, security and emergency management professionals who participated in our survey. We truly appreciate it!