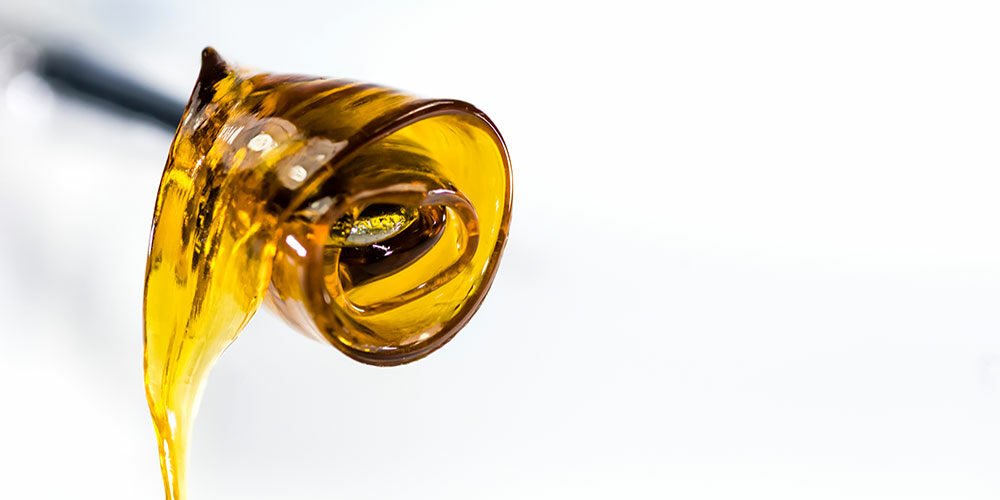 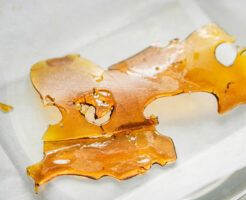 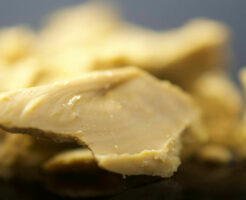 This article, originally published in 2017, was updated on Feb. 4, 2022, to reflect current statistics and the pandemic’s effects on drug use.

Wax is a marijuana concentrate that has become increasingly popular on college campuses over the better part of the last decade. It has also been found in the possession of students at the high school level, and is referred to as weed wax, dabbing, dabs or butane hash oil (BHO), which explains its 710 slang term (the number 710 spells oil upside down and backward).

Marijuana wax, which is one of the most potent and popular methods of using marijuana, looks like it sounds: A sticky, syrup-like substance that’s robust enough to hold its form on a flat surface after it’s cooled. It is typically tinted yellow and may be kept on wax paper (right after it’s been made) or in small containers.

With marijuana’s legalization in states across the country, smoking weed has been increasingly normalized in our society. As such, regular users have gotten creative about ways to get high and get away with it in public spaces. This often includes putting the chemical in weed that affects the brain, Tetrahydrocannabinol (THC), in different forms.

But what is the wax drug, how is wax made and what threats does it pose to your campus?

Campus Safety dove into these questions and more to get you all the information you need about marijuana wax oils.

What Is the Wax Drug?

Weed wax is a highly concentrated form of marijuana, typically the color of honey with a consistency closer to Jello or butter. Other slang names include earwax, honeycomb, amber, nectar, black glass or shatter.

Wax is derived from marijuana plants but can have up to eight times the concentration of THC compared to the buds people typically smoke. While the THC content of leaf marijuana averaged 14%, the THC content or marijuana concentrates averages 54%, according to the Drug Enforcement Agency (DEA). Some samples reported as high as 99%. 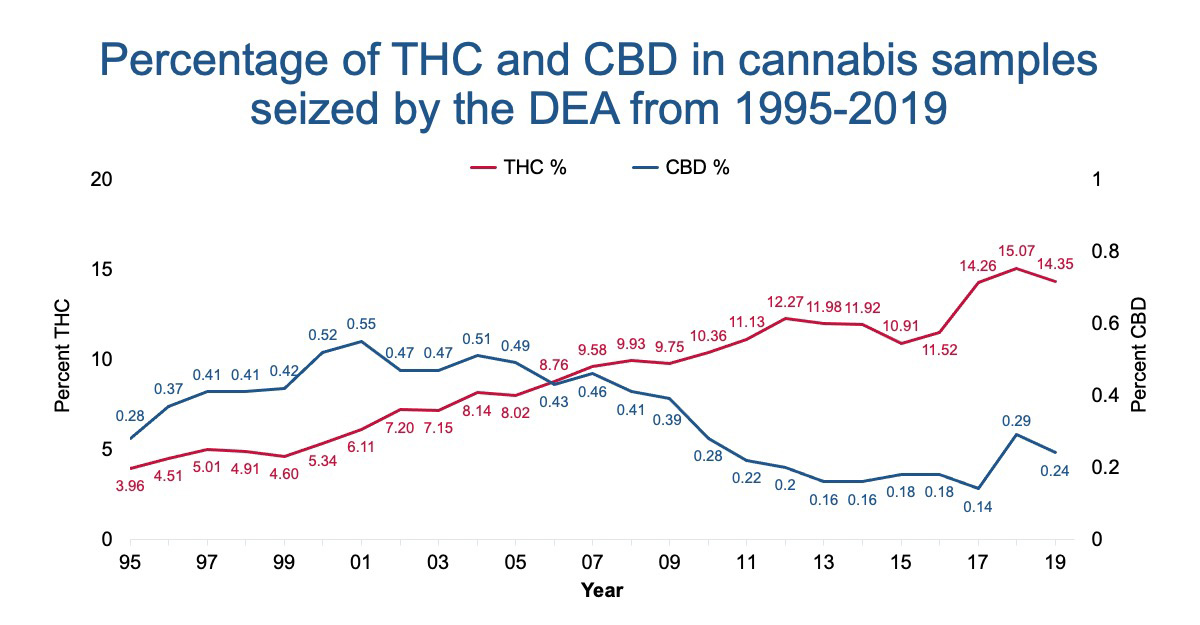 As such, people who become accustomed to smoking wax from a dispensary, an illicit website or a friend may be dissatisfied with going back to regular marijuana because their tolerance may dramatically increase. Regular users who have stopped smoking wax have also reported experiencing withdrawal symptoms.

Unfortunately, these factors can drive some people to consider making the drug themselves.

The Dangers of Weed Wax

Marijuana and its concentrates are similar to other drugs in that they stimulate dopamine in the brain and can have an impact on brain chemistry. The long-term effects of THC exposure to the brain are not definitive, but some studies have shown THC exposure can lead to cognitive decline, especially if it begins when a user’s brain is still developing.

Several studies show teens who report marijuana use go on to try more serious drugs, giving weed the label as a gateway drug. The potency of wax makes it reasonable to assume any adverse effects associated with marijuana are heightened by smoking wax.

The process of making wax— and the inexperienced people sometimes doing it— means that unintended hazardous chemicals can also end up in the oil substance, potentially causing harm to users’ brains and respiratory systems.

Burns when smoking or making marijuana oil are also common. That’s because making it typically requires butane, a highly volatile and flammable gas.

In 2015, more than 30 people were injured from butane explosions involving marijuana wax or oil in Colorado alone, reports the Los Angeles Times. Oftentimes the victims of these accidents were not the people making or using the drug, as we’ll see in the next section.

The process of creating the wax drug is referred to by some as blasting and the people who make BHO themselves are known as “blasters.” The most popular method involves placing a large amount of weed in a tube or pipe and running butane through it. The butane extracts the THC from the plants and produces the wax substance.

Making marijuana wax is an extremely dangerous process that is actually not explicitly illegal in every state. Last October, a New York fire battalion chief responding to the smell of gas in a Bronx home died in an explosion police say occurred because of combustible materials being used in a makeshift marijuana farm.

When a 19-year-old, who in 2014 was making wax in his Minnesota basement when a fire started that the would eventually lead to a death, was asked by St. Cloud police how he learned to make the drug, he responded: “There’s about 10,000 videos on how to make [wax] on Youtube.”

Unfortunately, the people making these videos are not scientists and may not be demonstrating a safe process to viewers. Further, there is no way to dictate accurately how potent the wax will be, raising the likelihood of adverse side effects.

A video of a gas explosion at a Santa Fe dispensary released by the New Mexico Environmental Department shows how dangerous manufacturing the drug can be:

Many dispensaries around the country sell forms of weed wax (but as you can see, even professionals are vulnerable to the drug’s flammability).

Using the Wax Drug or Dabbing

The term “dabbing” is used because it only takes a small amount — a dab — to feel the effect. Once the marijuana oil has been created, it can be smoked in slightly altered bong “rigs”, vaporizers, e-cigarettes and vape pens. Vaping is considered an efficient way to use it because of the higher temperatures required to evaporate the drug. E-cigarettes and vape pens can make it odorless and smokeless, meaning it is exceedingly easy to conceal.

Another popular form of consuming the oil is through food edibles. Edibles like oil brownies, cookies and cake are common and especially dangerous because they risk being consumed by people unaware of their contents. Dispensaries commonly sell weed oil lollipops and other candy.

Predictably, the psychological effects, or highs, are much more intense from wax than from smoking the plant. Accordingly, it is more expensive than the plant, but it may last users much longer because it takes much less of the drug to get high.

Who is Using The Wax Drug?

Sadly, the New Mexico dispensary explosion is not an isolated incident as more people turn to the internet to get the step-by-step process for making wax. Anyone who’s spent time with students knows they may be more likely to think they’re experts at something after watching a few YouTube videos on a subject.

Multiple people police have found responsible for the explosions are under the age of 25. This means the students on and around your campus could be attempting to make the wax drug. As noted by Officer Jermaine Galloway of Tall Cop Says Stop, a 2014 explosion resulting from people making weed concentrates occurred in a housing complex next to the University of Montana.

In Colorado, while marijuana use among youths in the state has remained flat since recreational legalization for people 21 and older, the use of extracted marijuana products doubled from 2015 to 2019, according to the Colorado Department of Public Health and Environment. Most of these products are consumed by dabbing and have been shown to impact developing brains in people 25 and under, since the human brain continues experiencing large jumps in development until the age of 25, Westword reports.

“We started seeing the changes in 2009,” which is when Colorado began opening medical dispensaries, said Dr. Christian Thurstone, a child and addiction psychiatrist who has worked in Denver Health’s adolescent substance treatment program for 18 years. “We saw the use of edibles and dabs, the more potent products, start to go up. But kids’ perception of the harmfulness of cannabis has gone way down in more recent years. I don’t think it’s a coincidence that we’re seeing the cases we’re seeing now.” 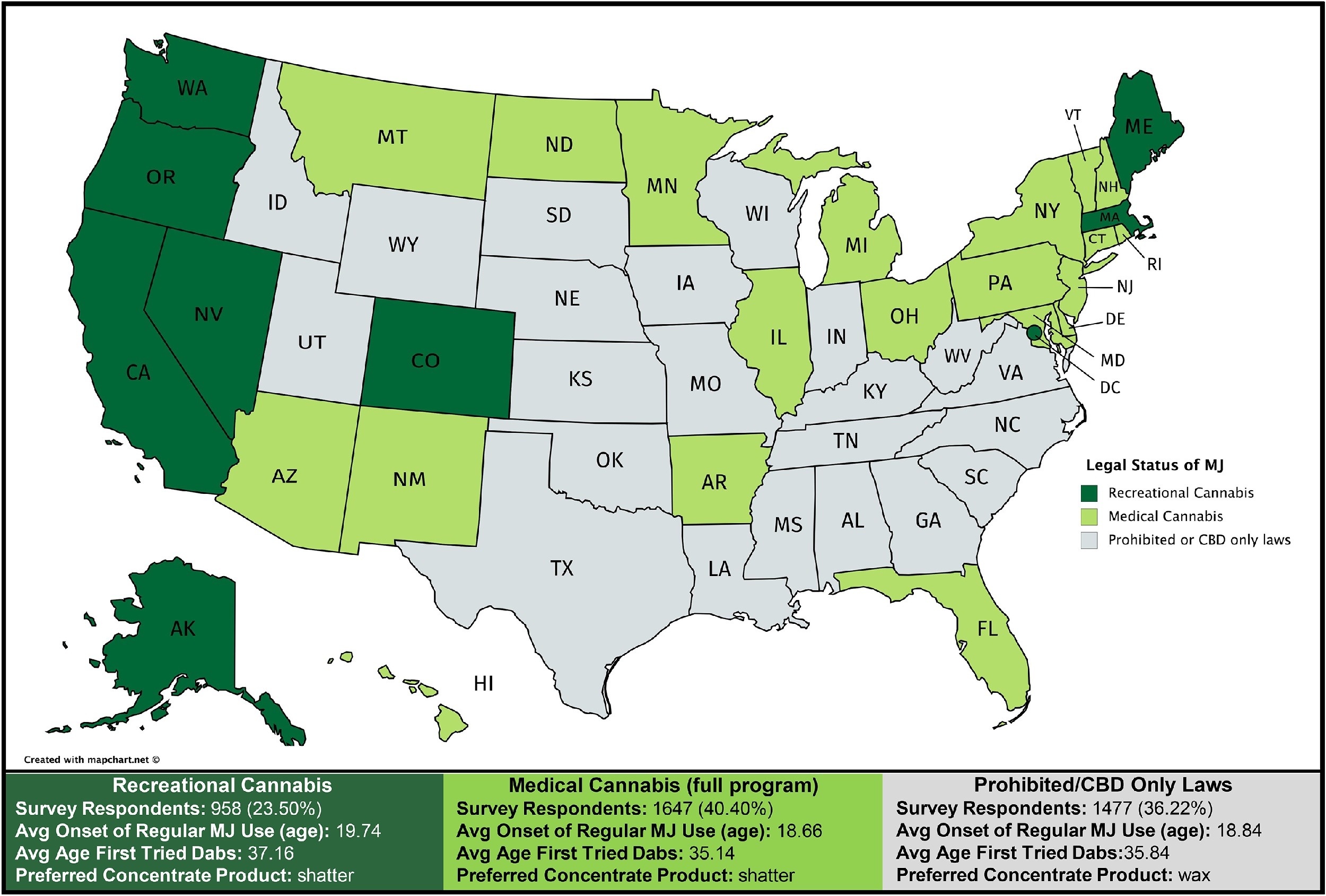 Fig. 2. Information about cannabis and concentrate use based on 2016 legal status. (Drug and Alcohol Dependence)

A 2020 study from Monitoring the Future, a publication by the University of Michigan’s Insitute for Social Research, found substance use among college-aged adults is shifting from alcohol to marijuana and hallucinogens, with marijuana hitting a historic high.

According to the survey’s 2020 results, marijuana use has continued to rise among college students over the past five years and has remained at historically high levels among same-aged peers who are not in college. On the contrary, the survey found marijuana and nicotine vaping slightly decreased in 2020 after showing significant increases every year since 2017 for both college students and same-aged participants who are not in college.

Even high school students are at risk. As students in this age range gain independence, they may seek new thrills, succumb to peer pressure or look for ways to cope with insecurities and stressors.

In Colorado, like in many other states, health officials also declared a state of emergency in youth mental health last year, listing marijuana use as one of several contributing factors. Researchers are continuing to study how the COVID-19 pandemic has impacted substance use among young adults and what can be done to address the associated concerns.

“The COVID-19 pandemic dramatically changed the way that young people interact with one another and offers us an opportunity to examine whether drug-taking behavior has shifted through these changes,” said National Institute on Drug Abuse (NIDA) Director Nora D. Volkow, M.D. “Moving forward, it will be critical to investigate how and when different substances are used among this young population, and the impact of these shifts over time.”

Responding to the Drug Trend

According to Galloway, the best thing campus security professionals can do to address this issue is to educate our communities on the dangers of wax and know how to spot the drug on and around campus.

Galloway’s Tall Cop Says Stop organization has trained more than 100,000 people on how to recognize and respond to alcohol and drug use, and his excellent Campus Safety article It’s Just a Vape Pen, Right? is a great start to understanding the many forms that the use of wax and marijuana oils can take.

Everyone knows there are drugs in our communities, and our campuses are a reflection of those communities. We all need to work together to keep them safe!

57 responses to “What Is Marijuana Wax and How Dangerous Is It?”