Two University of Kansas cheerleaders say they were forced to strip naked after incorrectly answering questions and were then placed in view of male alumni. 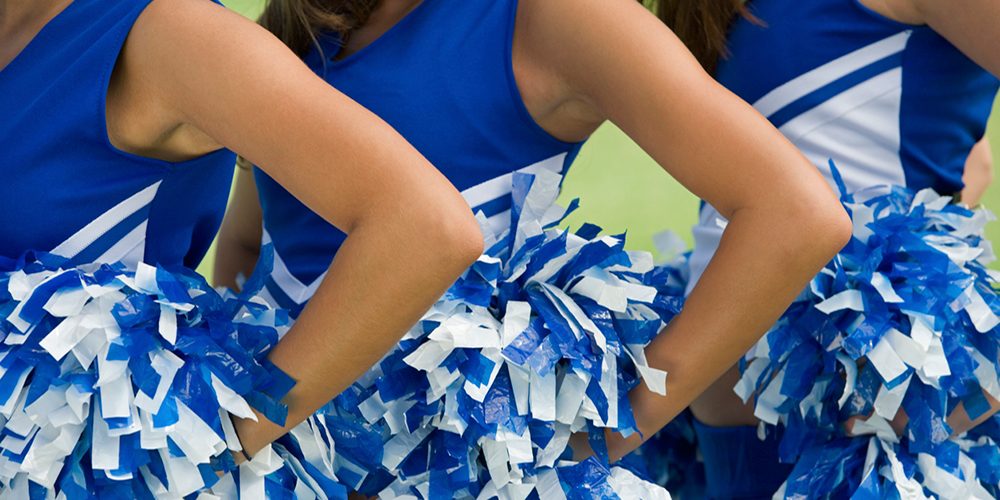 Two University of Kansas cheerleaders are speaking out about how their team allegedly hazed six first-year cheerleaders at a children’s summer camp event by making them strip naked and berating their looks.

The KU cheerleading squad was placed on one-year probation back in September 2017 after an investigation by the school determined the team violated its Student Code, including organizational responsibility, harm to persons and hazing, reports The Collegian.

The alleged incident occurred on July 25, 2017, during a camp for children in kindergarten through third grade.

According to the two cheerleaders, who wish to remain anonymous out of fear of repercussions, at the end of the event, the six newest members were told to meet by the football stadium with running shoes.

After running up and down a hill several times, they were told to lie on the ground as elder cheerleaders and three alumni blindfolded them. The cheerleaders were then led to separate cars and driven to a vacant house for the initiation hazing.

The two cheerleaders say they were then asked questions. If answered incorrectly, they were forced to remove an article of clothing. Eventually, all six members were naked and moved around the house in view of male alumni, according to Deadspin.

Once naked, a group of veteran cheerleaders and alumni allegedly berated their physical appearance and cheering skills.

The two cheerleaders say the hazing ritual is a regular occurrence and they were ignored when they brought up the incident to the head coach.

“In meetings we had with Lyndsay [Marriott], she always skipped over anything about the hazing and turned it around to say that we do things that are bad too and that the older girls were not getting punished for it so we just needed to move on,” said one of the cheerleaders. “They never call it the hazing either, they always say ‘the event’ or ‘what happened in the summer’ because they know it was wrong but didn’t want the older girls to be in trouble.”

“They victim blamed the whole time, made excuses for the older girls and didn’t care a single bit about the victims,” said one of the sources.

The other source says anyone who complained or had an issue with the hazing either didn’t try out again for the team or didn’t make the cut the next year.

One of the cheerleaders has decided to leave the school because of the hazing incident.

“The reason why I’m leaving KU is solely because the university and the athletic department decided to treat me and my other teammates like we didn’t matter and were instead just pretty faces for the media,” she told The Collegian.

The other source says the incident has had lasting effects and has “greatly decreased my confidence and performance ability.”