A marijuana deal gone bad is believed to have started the wild foot chase.

Two people were arrested after an alleged marijuana deal turned violent and the ensuing foot chase went through the University of Wisconsin’s Madison campus.

The incident, which occurred around 1:30 p.m. Wednesday, involved a man with a knife chasing someone who stole marijuana extract from him.

Police say the crime began when 17-year-old Jabari Lee picked up two people with the intention of selling them tetrahydrocannabinol, also known as THC oil, near the UW Madison campus. Police told Madison.com that the two men then physically attacked Lee, stole the drugs and ran from the car.

Lee then allegedly pulled out a knife and began chasing one of the robbers, 20-year-old Stephen Steele, through the university’s crowded campus. Dozens of students outside to enjoy the unseasonably warm weather witnessed the dangerous foot case as the suspects ran past several campus buildings and through Mendota Court.

At one point, police say Steele hopped onto the driver’s side door of a moving garbage truck to evade Lee, yelling to the driver, “Go, go, he’s got a knife!”

When Steele climbed into the bed of the truck, Lee also jumped onto the truck.

The driver stopped and ordered both suspects to get off his truck, and the chase continued toward the campus’s Pyle Center.

Civilians who saw the chase eventually were able to tackle the two men and hold them until police officers arrived.

The second robbery suspect has not been found. 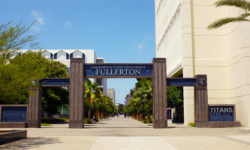 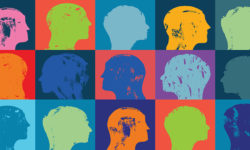