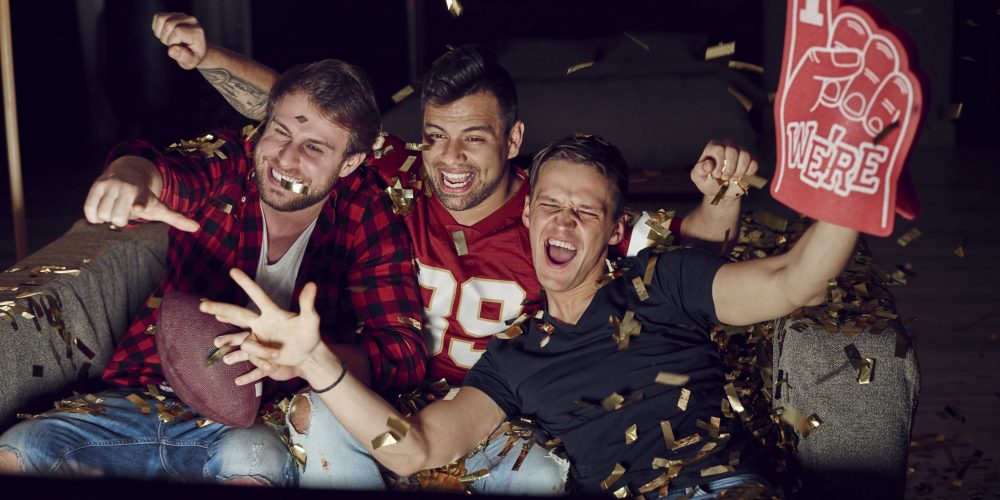 It is a cool November day, and your home football team has just defeated its biggest rival. Thousands of fans are chanting “goalpost, goalpost, goalpost” as they charge onto the field. As police move in to prevent fans from tearing down the goalpost, other fans begin tearing up the sod and throwing it at the officers.

Simultaneously, a crowd of people climb onto the goalpost. Several police officers are knocked down by rushing fans. In response, police deploy pepper spray on the crowd.

Does all of this sound familiar? It has happened across the country at several colleges and universities. This particular scene occurred Saturday Nov. 23, 2002 at Ohio Stadium as The Ohio State University (OSU) Buckeyes defeated the University of Michigan Wolverines.

It took almost an hour to get order restored on the playing field. In the aftermath, the field’s sod was destroyed, and there were numerous injuries to fans. The goalpost, which remained standing, was surrounded with discarded clothing that lay in a heap at the base completely discolored by mud and the orange stain of pepper spray.

Later that evening and into the early morning hours in the neighborhood adjacent to campus, a crowd of 4,000 to 6,000 individuals contributed to the worst celebratory rioting in the history of OSU. During the post-game disturbance, 107 dumpster and couch fires were reported, 20 cars were damaged and 70 individuals, including 17 students, were arrested.

They involve fire setting as a common practice, along with destruction of property. Participants are usually white, young adult males, with a large crowd of onlookers who are predominantly white, young adults of both sexes. Many are students of the host institution, but other young adults (students and non-students) are often involved. Celebratory riots usually end with police intervention that is met with resistance from participants who show a lack of respect for authority.

OSU Creates Task Force to Prevent Celebratory Riots
In response to the OSU 2002 riot, then University President Dr. Karen Holbrook and Columbus Mayor Michael Coleman formed the Task Force on Preventing Celebratory Rioting. The committee was made up of faculty, staff, students, alumni, community members, city officials, and university administrators. Their charge was to investigate the causes and most effective strategies for preventing riots.

The task force focused on four areas: alcohol consumption; effective celebration management; the role of the community, culture and the media; and the nature of young adult risk taking. Two strategies were developed. The first was to initiate a long term campaign that called for positive, proactive community involvement of students, faculty, staff, alumni, community members, and city officials. The campaign focused on instilling pride and enhancing positive engagement, promoting safety and health, and preventing illegal and irresponsible behavior.

The second strategy was the implementation of recommendations that would have an immediate impact on preventing riots. Three programs had a great impact: Party Patrol (see sidebar on page 24), Game Day Alcohol Enforcement, and the OSU Sportsmanship Council. Two main areas of concern were identified: post-game, on-field celebrations and post-game celebrations that take place well after the game in the campus area.

OSU Strategy Focuses on Alcohol Enforcement
Game day alcohol enforcement on campus was organized by the OSU Police. As with most large universities, tailgating is prominent on game days. There are more than 24,000 parking spaces on campus. Game day crowds consist of more than 104,000 individuals who attend the game and thousands more who come to campus for the atmosphere. OSU Police must hire additional officers for regular game day management of crowds, traffic and parking. Staffing alcohol enforcement teams create additional challenges.

In 2003, problem areas were identified by the number of complaints OSU Police had been receiving about ­behavior, such as disorderly conduct and public urination. Using the NIMS protocol, an OSU police captain was assigned as the section chief for alcohol enforcement. Eleven teams comprised of a first line supervisor and three or four officers were assigned to the problem areas. Only uniformed officers were used on campus for the enforcement teams. Teams consisted of officers from OSU Police, Franklin County Sheriff’s ­Office and the Ohio Investigative Unit.

The Ohio Investigative Unit, which specializes in alcohol enforcement, usually operates in plainclothes. For OSU games, however, they wear a soft uniform that identifies them as police officers. This effort began with the 2003 football season, which started with five home games in a row. This stretch of home games allowed for the alcohol enforcement teams to patrol their parking lots for five weeks straight. Officers concentrated on alcohol laws – primarily the open container law. Officers also enforced Ohio’s litter laws.

Changes Result in Noticeable Atmosphere Shift
OSU Student Affairs chronicled the enforcement effort by following teams and video taping their efforts and fan behavior. As the season progressed, there was a visible atmosphere change. There was less litter, and fan behavior improved.

During the 2003 and 2004 football seasons, although fan conduct was ­better, poor sportsmanship was still present, especially during events surrounding the game. People had been heckled and had things thrown at them merely because they were wearing the opposing team’s clothes.

OSU needed to instill pride and enhance positive engagement, so the task force recommended peer to peer communication to send positive messages to students, other members of the Ohio State community and visitors. Out of this, the OSU Sportsmanship Council was re-born in 2005. The council existed in the 1980s for similar reasons but had been disbanded. The council was reorganized as a student-led initiative to help counteract the recent issues and problems facing sportsmanship and poor fan behavior.

One of the sportsmanship council’s projects that has had a great impact on game day is the Welcoming Committee, which welcomes people from the visiting team’s school to OSU. Other projects include a Fan Behavior Video Series, and the “Best Fan in the Land” competition. These projects were implemented with the help of the contributing student organizations during the academic year of 2007-2008. This council continues to be a student-led effort and is considered a model program throughout the county.

Efforts Lead to Improved Fan Behavior
As the Timeline of Progress demonstrates, OSU’s approach to alcohol enforcement and sportsmanship has caused a remarkable shift in game-day culture. The atmosphere has changed from drunken, disorderly and sometimes riotous to fan friendly. No longer do ­liquor bottles litter the streets and parking lots. People are no longer being beaten because they are wearing the opposing team’s shirt.

A large contributing factor to the success of this effort is its continued support by top university administrators. The message is consistent: “We are ­going to enforce Ohio’s alcohol laws.”

During the first few years of the enforcement effort, a large number of complaints were received because it was such a big change in culture. People thought that they had a right to possess open containers of alcohol during football games. But now, fewer complaints have been received. In fact, compliments are more the order of the day.

Alcohol enforcement is still a big part of game day operations. As OSU police prepare for the 2009 football season, ­planning for traffic, parking, crowd control, and homeland security will take place, but so will planning for alcohol ­enforcement. Even though things are ­better, alcohol enforcement must be an ongoing process.

Richard Mormon is the retired deputy chief of police at Ohio State University. This article was originally posted on Aug. 31,  2009.