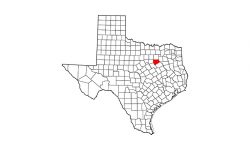 A substitute teacher barricaded herself and 16 students in an office after the custodian yelled to lockdown classrooms as he pursued the active shooter.

The FBI questioned the gunman in 2016 after he posted a comment on a gaming site asking about mass shootings and the cost of assault rifles.

The shooting was prompted by a prearranged fight between two students after one allegedly made a comment about the other’s girlfriend.

A classmate says the senior was in an online group chat the night before his suicide where he said he was going to kill himself.

2 Students Injured After Gun Goes Off in Atlanta High School

One student was shot in the ankle and another was grazed by the same bullet inside of a classroom at Banneker High School.

The teacher, who is a veteran physical education and math teacher, had recently participated in active shooter training through the school.

A yearbook with some students’ faces marked with X’s was also found in Caleb Sharpe’s home along with a ‘practice Molotov cocktail’.

The shooter sent a text to five students asking them to meet him for lunch before opening firing, killing four and seriously injuring one.