When the Homeless Come to Campus: Balancing Security With Empathy

Incorporating access control and referring homeless adults to appropriate resources can keep kids safe while helping those who are less fortunate. 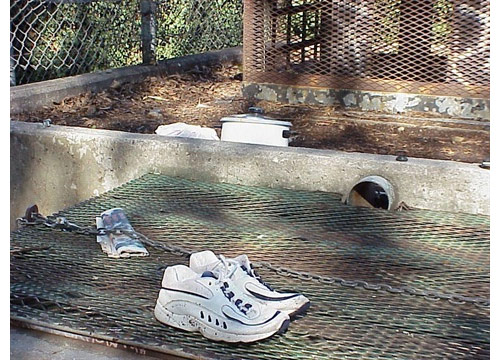 Managing the adult homeless population on and around a school campus is a balancing act, fraught with political landmines and liability exposures. On the one hand, many campus administrators have genuine compassion for the individuals in their communities who, through no fault of their own, are on the streets due to economic difficulties, mental illness or addiction. The vast majority of this segment of the transient population doesn’t pose a threat to anyone.

Additionally, the homeless can be good sources of information regarding what is going on in their world and how it affects the homeless students on campus. For example, an adult member of the homeless community might be able to tell campus protection professionals, administrators or liaisons about the sex trafficking of youth happening nearby.

On the other hand, campuses must protect their students, staff, authorized visitors and physical assets from the homeless adults who could be dangerous. Because most of them have not been vetted, transient individuals could be anyone, including a criminal evading the police or a pedophile looking to target children.

The solution? A two-pronged approach, claims Jim Grayson, who is a senior security consultant with Summers Associates LLC. The first step is to provide (or at least refer) the homeless to the local resources they need to be safe, healthy and secure, such as shelters, food, clothing and psychological services.

The second step is to discourage — in an appropriate way — unauthorized guests from visiting and staying on campus. This can be achieved through the implementation of policies, the incorporation of Crime Prevention Through Environmental Design (CPTED) and the deployment of security technology.

Prior to implementing these solutions, however, campus officials should study in great detail their facilities and surrounding environments, says Grayson.

“For example, some areas with gang activity and things of that nature can have a homeless population that is more violent than other areas,” he says. “People doing surveys are going to have to get off the campus to look at the adjacent areas, such as parks and nearby features that support, in one way or another, local homeless populations.”

Storage containers can provide places where members of the transient population can hide. Overgrown vegetation on or near campus has often been used by the homeless, even while school is in session. Washes and flood channels that are near school facilities can become a highway for people trying to fly under the radar of authorities. Restrooms in nearby or adjacent parks that remain open all night are also known to be frequented by the homeless, as can steep hillsides next to campus buildings.

Solutions to these challenges are as varied as the challenges themselves. Overgrown shrubs should be cut back to improve visibility. In many cases, restrooms should be closed in the late evening hours. A good, solid campus perimeter can also help, especially if it has a fence that can’t be cut, dug under or climbed.

“We generally like tubular metal fences with blunt cut top projections or welded wire fence sections that also have climb prevention,” Grayson advises. “To prevent digging under, you can put the fence next to some kind of cement walkway or have cement footing beneath it. It’s also important to incorporate CPTED so there’s as much surveillance maintained from off-campus sites and adjacent roadways so people can see what is going on.”

Strategically placed lights as well as those that can be activated by motion sensors are cost effective ways this type of surveillance can be achieved in the evening.

“We’re big believers in façade lighting,” says Grayson. “If a campus is completely dark, it becomes inviting to people who don’t want to draw attention to themselves. If the façade of the building — those portions of the building that face the outside world — are lit up, that provides a very powerful deterrent. For the inside, like quad areas, this is where lights on motion sensors are extremely effective.”

Good lighting also helps security cameras obtain useful images for after-incident investigations and situational awareness while an incident is in progress. Grayson recommends that if a school district installs a video surveillance system, the cameras should be monitored.

“This is something that school districts miss,” he says. “It might not be practical to monitor an individual school, but at the district level, especially with new IP cameras and video analytics, it’s now possible to set up systems that are not that expensive to run and have a single person monitoring a dozen campuses or more. For small school districts looking at the possibility of a joint venture with adjacent districts, this is the place where video surveillance can be extremely important.”

In addition to improving security on campus and nearby, school officials need to be aware of the streets that students use to walk to and from school that might include locations where the homeless reside. For example, a bridge over a flood channel could pose a threat. Because it is off campus, it’s probably not feasible to address this issue with CPTED, access control, video surveillance or lighting. Other solutions might need to be considered.

“In some cases where these problems are difficult to reach, we’ve talked about the advantages of using a shuttle to get kids past a point of extreme vulnerability,” Grayson suggests.

To discover what areas or situations make the children nervous, Grayson recommends school officials ask their students. Addressing off-campus issues will also require the contribution of resources from other organizations in the community, such as local parks and law enforcement.

These partnerships, along with those from community shelters and psychological services, can ensure campuses protect their students while being compassionate to the homeless.