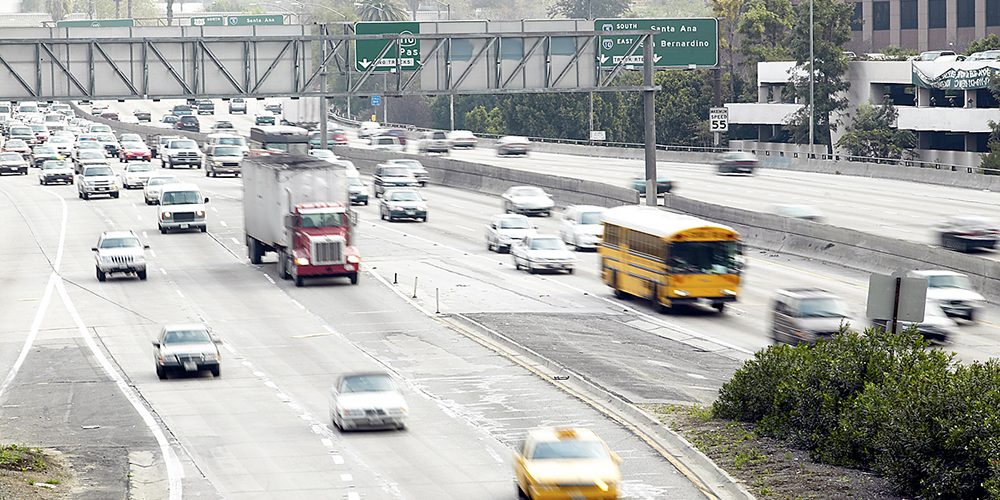 New Jersey is only one of six states that requires seat belts on full-sized school buses.

Officials say the driver in a deadly school bus crash in New Jersey made an illegal U-turn before colliding with a dump truck Thursday morning. A student and teacher were killed and 43 others were hospitalized. Another child is in a medically induced coma.

The school bus, which was transporting 38 fifth-graders and seven adults from East Brook Middle School in Paramus to Waterloo Village, a historic site about five miles from the scene of the crash, could be seen on the median of Interstate 80 in Mount Olive with the front ripped off, reports AP News.

The bus was also detached from its chassis and a piece of the front end, with the steering wheel visible, was lying on top of the metal barrier separating the highway from the median.

A red dump truck with a crushed front end was parked nearby along the highway.

Local authorities say the bus driver missed an exit and attempted the illegal U-turn in an opening that is meant for emergency vehicles to move between sides of the roadway, according to CBS News.

Citing DOT footage, sources say the dump truck was traveling in the same direction as the bus when it slammed into it after it suddenly appeared in front of him.

“There’s an incredible emergency response from throughout Morris County and by state police. It’s a horrific scene,” Mount Olive Mayor Rob Greenbaum said of the crash.

Two nurses heading to their shift at Morristown Medical Center stopped at the scene to perform CPR on a young girl, reports North Jersey.

“I’m going to need about 20 ambulances, I have a full school bus, and I have victims on the ground,” an emergency responder could be heard saying in a 911 call. “I got possible two unresponsives. One CPR child in progress.”

Canine units searched through the wreckage and nearby woods for passengers who may have been ejected.

The injured were transported to six different hospitals and some were undergoing surgery. The names of the two victims have not been released and some of the injured are listed in critical condition.

Eleven-year-old Theo Ancevski, a passenger on the bus, says he heard a scraping noise and then the bus tipped over.

“A lot of people were screaming. And they were hanging from their seatbelts. A few people got out of the windows and they got out of the emergency exit on the top of the roof,” Ancevski said.

Frank Iossa, a driver who arrived on the scene minutes after the crash and before police, said drivers were rushing out of their cars to help the screaming children out of the overturned bus.

“There were people pulling kids out of the rooftops, windows and doors. A few of them used my phone to call their parents,” Iossa said. “One kid was asking me, ‘Where’s my friend?’ It was pretty heart-wrenching.”

The New Jersey State Department of Health’s disaster team was on the scene to assist with family reunification and counseling.

The New Jersey state police and Morris County prosecutor’s office are leading the investigation. The National Transportation Safety Board is also gathering information on the crash, a spokesman said.

Students who were not injured on two other buses also heading to Waterloo Village were reunited with their parents at the school. Parents of the injured students who arrived at the school were transported to the hospitals by law enforcement or rode in their own cars, reports NJ.com.

Paramus School Superintendent Michele Robinson said classes will resume Friday and crisis counselors will be on hand. All field trips have been canceled for the remainder of the year.

While there is no federal requirement for seat belts on full-sized school buses, six states, including New Jersey, require them.