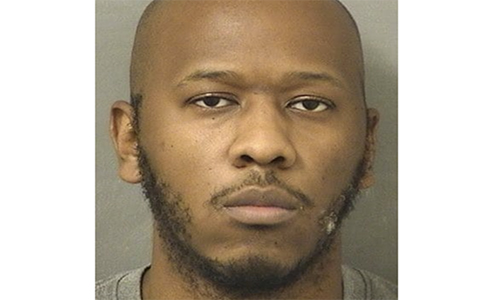 WEST PALM BEACH, Fla. — A Florida elementary school teacher is facing charges after police say the 27-year-old solicited online to have sex with a 2-year-old.

Xavier Donte Alexander, a fourth-grade teacher at Grove Park Elementary School, was arrested Thursday on felony charges of soliciting sex with a minor and traveling to meet a minor for sex, according to The New York Post. Investigators say the man also advertised as a babysitter on several websites, including Care.com.

On Friday, a judge said Alexander can’t possess or use any electronic devices or access the Internet, can’t have any weapons, can’t contact the alleged victim, victim’s family, witnesses, or any minors under the age of 18, and can’t have any contact with schools or daycares.

Further details about the allegations have not been released but Alexander is being held at the Main Detention Center in West Palm Beach on a $1 million bond — $500,000 for each offense. He is being represented by the Palm Beach County Public Defender’s Office and faces up to 20 years in prison if convicted of both charges.

In a statement, the Palm Beach County School District said it is “shocked and appalled” by the allegations and that Alexander has been suspended pending the outcome of the investigation.

While the alleged crimes did not occur at the school, administrators said they reached out to parents of students in Alexander’s class and that the district is also offering support services for families.

According to his LinkedIn, Alexander has been a teacher at the school for six months and previously directed after-school programs, reports WPTV.

The Palm Beach County Sheriff’s Office, which is leading the investigation, said it believes there may be additional victims and is urging families to come forward.

Anyone who believes their child could be a victim of solicitation of a minor is urged to contact Detective Malory Wildove at 561-688-4079, WildoveM@pbso.org, or Crime Stoppers at 1-800-458-TIPS.