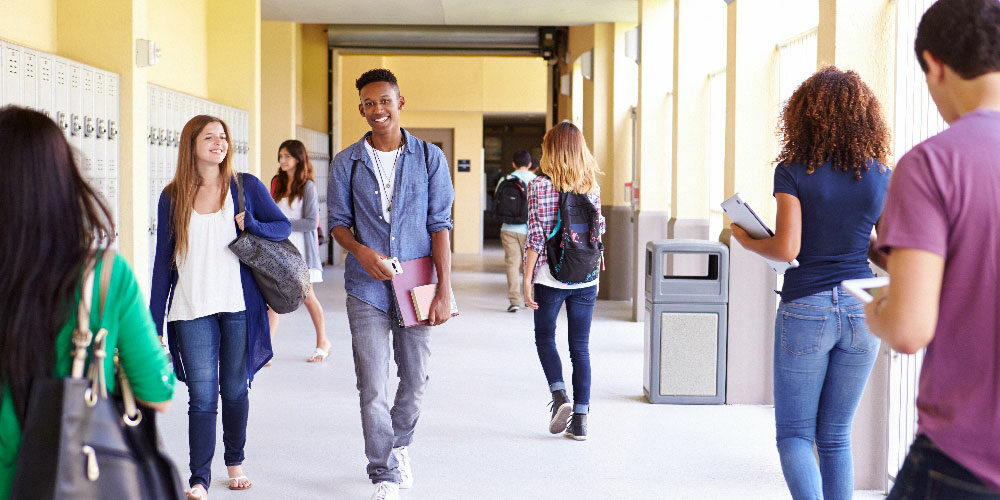 In a world filled with school shootings, riots, looting, and natural disasters, protecting people and property is paramount. Schools must identify and improve first-lines of defense, starting with the most vulnerable spots: glass windows and doors.

Glass is easily broken, which makes it the first target for unwanted intruders and the weak link in the chain of storm preparedness. Thankfully, there are cost-effective, cutting-edge solutions and funding sources to help harden glass and improve campus safety: safety and security window film and Riot Glass™.

Security window film has been shown to delay entry by between two to six minutes. This prevents perpetrators from gaining immediate access to the school and gives schools additional time to initiate emergency response plans and first responders to arrive at the scene.

The privacy benefit that comes with shading and tinting in window film also has a particular safety benefit: windows that are shaded or darkened on the exterior make it more difficult for shooters to target individuals within a school. This benefit can serve as a major deterrent to a single-minded individual who means to do harm with a firearm.

Whether from a bomb blast, windstorm, gunshot, or human impact, glass will shatter with the right amount of force. This shattering creates “spall”: flying pieces of glass that can cause great harm to anyone nearby. Serving as a containment system, security window film prevents spall from becoming harmful projectiles flying through the air.

The latest-and-greatest glazing security solution on the market today is Riot Glass™: a patented framing and clear ArmorPlast shield system made from a combination of polycarbonate and plastics that mechanically anchors to your windows and doors for maximum strength. It stops break-in attempts using sledgehammers, crowbars, knives, pickaxes, bricks, blocks, bats, and more – in short, it stops intruders from getting in.

Defend Your Glass with NGS

No deterrent can stop all threats. But products such as safety and security window film and Riot Glass™ from NGS can help significantly deter the impact of a threat emanating from outside the school and can help cut down on costly window replacements. We offer free building security assessments, and even have a team of consultants who are dedicated to locating and procuring grant money.

Ready to learn more? Watch NGS’ on-demand webinar, “Defend Your Glass: How to Protect Your Building’s Weakest Points” or read our white paper, “How to Protect Your Window & Harden the Building Perimeter in the Process” to take the next step toward hardening your buildings and protecting your students and staff.

Tagged with: NGS Films and Graphics