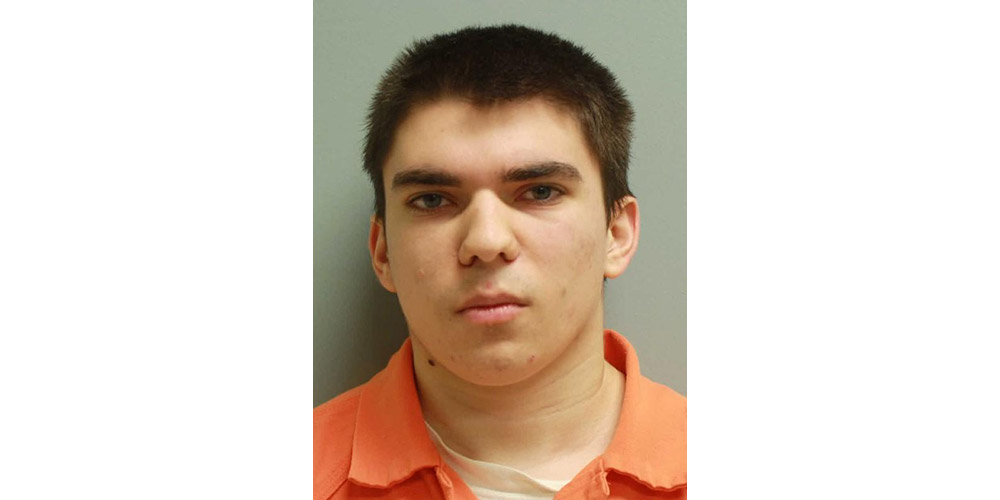 A man who pleaded guilty to stabbing 20 fellow students and a security guard at his Pennsylvania high school in April 2014 has been sentenced to 23 ½ to 60 years in prison.

Alex Hribal, now 20, was 16 years old when he ran through the halls of Franklin Regional Senior High School in Murrysville, indiscriminately stabbing and slashing 21 people with two eight-inch kitchen knives.

The incident began just before the start of the school day on April 9 and lasted for approximately five minutes before Hribal was tackled by Assistant Principal Sam King. Ten of the victims sustained serious injuries, four of which were life-threatening. One victim required a liver transplant, according to NC News. All victims survived the attack and have since recovered.

Hribal was tried as an adult and pleaded guilty to weapons charges and 21 counts of attempted homicide and aggravated assault back in October 2016.

In a brief statement during his sentencing, Hribal said he had been bullied and regretted trying to deal with his mental health issues himself instead of seeking help.

“My biggest mistake was falsely believing that if I took revenge, I would be happy,” he said. “I want people to not make the same mistakes I did. I would rather be in jail getting treatment for mental illness than free without it.”

Westmoreland County Judge Christopher Feliciani refuted Hribal’s claims of bullying, stating, “Although some have alluded to your actions as being caused by bullying, the facts do not support that.”

Hribal’s attorney, Patrick Thomassey, attempted to move the case to juvenile court, meaning Hribal would have been released at age 21. Thomassey later requested to enter a guilty but mentally ill plea. Both requested were denied by Judge Feliciani, according to The Post-Gazette.

“How do you defend the case? It’s not a whodunit,” Thomassey later said. “There is no insanity defense because he’s not insane. It’s time to put a case to an end.”

In the days leading up to the attack, Hribal wrote a manifesto containing general threats against his classmates and praising the students who carried out the 1999 Columbine shooting.

Psychiatrists for both the defense and prosecution testified that Hribal intentionally carried out the attack on the birthday of Columbine killer Eric Harris. He originally planned the attack for the 15th anniversary of the massacre but school was not open that day.

Hribal has also been ordered to pay $269,000 in restitution and must continue to receive mental health treatments in prison.