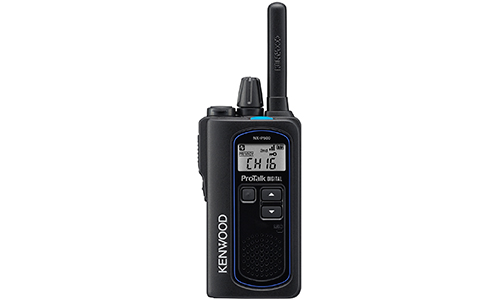 JVCKENWOOD, a manufacturer of analog and digital two-way radios, has expanded its ProTalk® BRS product line with the new dual-mode NX-P500 digital portable, capable of NXDN® and analog operation.

The 2-Watt portable has KENWOOD audio, digital AMBE+2 and a 750 mW speaker, allowing for clear voice communications, even in noisy environments, according to the company.

A second PTT lets users toggle between analog and digital operation in one radio, allowing users to migrate at their own pace using one radio at a time, a workgroup or their entire fleet of radios.

“For the first time, digital has been made affordable. The NX-P500 has features that match or exceed other mid-to-high tier digital radios on the market, yet it’s priced comparably to mid-tier analog portables,” says Randy Fletcher, National Sales Manager, Business Radio. “Analog is no longer good enough for the day-to-day demands of hospitality, healthcare, retail, construction and manufacturing users who need the security, flexibility and improved coverage of digital radios. Those users now have a high quality, and affordable, digital alternative.”

With the NX-P500, at-a-glance visual checks are simplified using a backlit 8 segment display and 7-color LED status indicator. It also has a bright 16-digit LCD display and extended battery life that meets Mil-Std 810 and the IP67 immersion standard.

The NX-P500 is designed for heavy industrial use and meets military specs for durability and the IP67 standard for dust and water immersion. It is lightweight and has a lithium-ion battery pack with a sturdy, polycarbonate body.