Have you ever wondered exactly how the number 9-1-1 came into existence? Learn more about where 9-1-1 has been and where it’s going next. 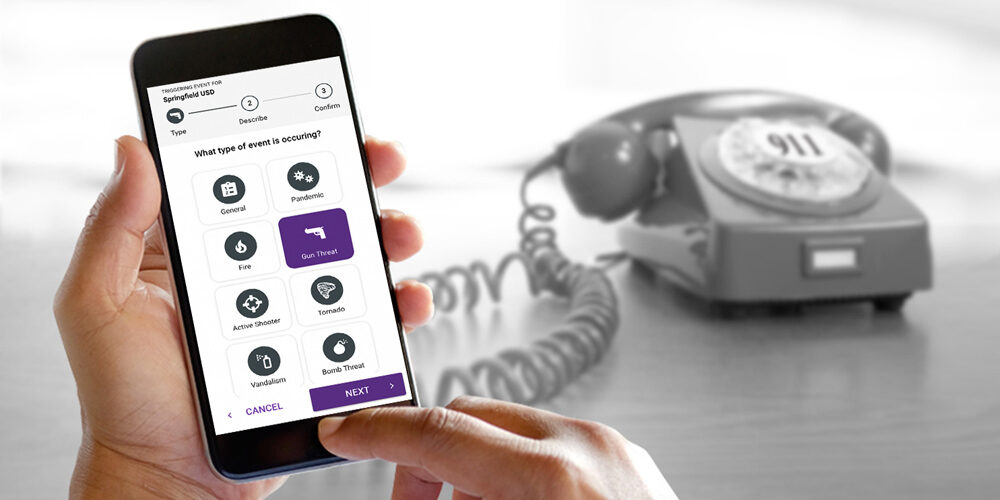 9-1-1 was created a long time ago, in what seems like a galaxy far away from the modern era of communications. Prior to the creation of 9-1-1, people often dialed the operator when there was an emergency, an inefficient and arduous process for all involved. Thankfully, ways to reach 9-1-1 and school emergency response technology itself have advanced by light years.

How Did 9-1-1 End Up Becoming the National Emergency Number Anyway?

According to NENA, the National Emergency Number Association, discussions about a nationwide emergency number began back in 1957 when the National Association of Fire Chiefs met and identified the need for a standard phone number to use when reporting fires. After those initial discussions, it wasn’t until 1967 when a commission under President Lyndon B. Johnson would recommend a single emergency number nationwide. He turned to the FCC, who worked with the telephone monopoly AT&T to make it a reality.

At the time that the national emergency number was created, the numbers “911” in sequence had not been designated as an area code or service code. That meant the number was available, a key factor in choosing the digits. On January 12, 1968, 9-1-1 was announced to the U.S. public as the universal emergency number. The first 9-1-1 call was made on February 16, 1968 in Haleyville, Alabama.

Beyond availability, there were other practical considerations regarding why the number 9-1-1 was chosen. First off, it was brief and easy to remember. The brevity of the three digits in sequence made it quick to dial and expedited the caller getting connected with help. Connecting with help quickly remains an important factor in improving safety outcomes even today.

Also, it’s important to remember the era in which “9-1-1” was chosen. It was the late 1960s, rotary phones were commonplace. Push button phones didn’t take over until the 1980s. The logic was that on a rotary phone a person in distress could deliberately dial a “9” and then the two quickest motions would be dialing a “1” twice because it is the closest digit to the metal finger stop on the rotary dial (which identified that a digit had just been dialed). Rotary phones were so pervasive in the late 1960s and prior that even the origin of the term “dialing a phone number” can be traced back to the dial of a rotary phone.

A Rich History Leads to a Future of Opportunity

9-1-1 may have its origins in the mid-20th century, but in the 21st century, technology has advanced by leaps and bounds. Smartphones are as commonplace now as rotary phones were in the 1960s. And nowadays, 9-1-1 can be reached in a multitude of ways, including by the touch of a button on a smartphone app.

Intrado Safety Shield, for example, offers a school panic button solution for staff members’ smartphones. It provides a direct connection to 9-1-1, leveraging Intrado’s 40+ year history in public safety and unique status as a 9-1-1 service provider. When 9-1-1 is contacted through the Intrado Safety Shield app, not only will local 9-1-1 operators be alerted, but a myriad of additional situational data will automatically pass directly through the 9-1-1 call flow (unlike inadequate “over the top” or “OTT” solutions) to local law enforcement and emergency dispatch.

The critical situational data provided by Intrado arms emergency responders with crucial information that can shave minutes and seconds off response times (remember, the importance of connecting with help quickly was identified even at the origin of 9-1-1). Moreover, Intrado Safety Shield also allows for real-time collaboration between first responders and school staff, enabling faster, more accurate, and more effective emergency response. First responders can begin formulating their plan of action for the exact building and location that they are responding to even before they arrive on scene.

To learn more about Intrado Safety Shield, and how your school or district can enhance safety in today’s world by putting a modern 9-1-1 connection in the hands of school staff, visit https://www.intrado.com/en/safetyshieldforschools. 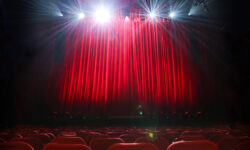