The police commissioner is ordering a moratorium on officers responding to these calls unless response is approved by a sergeant.

The Baltimore Police Department is revising its policies on responding to calls at hospitals. The police commissioner is ordering a moratorium on officers responding to these calls unless response is approved by a sergeant, reports WBAL.

The change is being made in response to the death of a 19-year-old Good Samaritan Hospital patient after he had been struck with a Taser by a Baltimore Police officer. The officer used the weapon after he and another officer saw the teen struggling with five security officers.

The commissioner said in a press conference that his officers probably should not have been called to the hospital for the incident.

“What was the purpose of them calling us when they were having a problem with their own patient, and what was the law that was broken when they called us, and why did they have five security officers there and then still call the police department?” the commissioner said.

“Anytime there is a loss of life, the Baltimore Police Department must pause and review the policies and procedures around the incident. We must move toward responding to incidents only where there is either a threat to personal safety or a clear violation of the law. Our officers should not be put into a position of taking enforcement action, without a clear violation of existing law or threat to human life. During this review, officers will continue to respond to hospitals and mental life facilities where there is a violation of law or threat to life. Our response to calls that do not fall into this category will be based upon supervisory review.”

Photo by Junglecat (Own work) [CC-BY-SA-3.0 (http://creativecommons.org/licenses/by-sa/3.0) or GFDL (http://www.gnu.org/copyleft/fdl.html)], via Wikimedia Commons

Reimagine Safety And Security Across Campuses 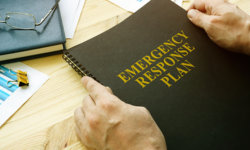 After Hours and Weekend Event Safety: Assessing the Risks and Developing a Plan 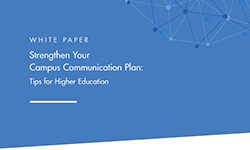