NEW YORK, ABC News has spent four months investigating security at our nation’s nuclear reactors, including those at universities. Its report, which was scheduled to air Oct. 13 on Primetime, concludes that terrorists could, with relative ease, steal or have access to some reactors.

ABC’s Brian Ross discovered that access to the nuclear reactor at Purdue University was rather simple and that there were no guards protecting it. Two Carnegie fellows conducting the investigation with ABC could gain access by simply opening the door. They were even invited into the locked reactor room without having their bags checked.

At Penn State, the investigation found that the guard outside the university’s reactor was unarmed and asleep in a lawn chair. 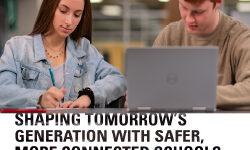