Foul Play Not Ruled Out in Brain Bank Freezer Malfunction

BELMONT, Mass. — One-third of the world’s largest collection of autism brain samples, housed at McLean Hospital, was severely damaged when a freezer malfunctioned. The incident could potentially set back autism research by a decade, according to scientists.

The freezer is protected by two separate alarm systems that were checked by staff twice a day to ensure the freezer was maintained at minus-80 degrees Celsius, The Boston Globe reports. On May 31, Assistant Director George Tejada opened the freezer to discover that the temperature had risen to seven degrees, although the external thermostat read minus-79. It was estimated the freezer malfunctioned three days earlier.

One hundred and fifty thawed brains had begun to decay; a third of those were part of a collection of autism brains. The malfunction was so unusual that foul play cannot yet be ruled out, according to Dr. Francine Benes, director of the Harvard Brain Tissue Resource Center. 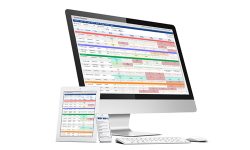