According to the suit, management taunted and degraded Maurice Walker, a black security guard who has worked for the hospital for five years, with overtly racist jokes. In one alleged incident, supervisors created an ID for Walker with a photograph of the African American character “Jimmie Walker” from the television show Good Times. Supervisors also created a second ID card where they allegedly took the guards image and added dark lips and dreadlocks, the Chicago Sun Times reports.

Another plaintiff for the suit, Sgt. Walter Bergstrom, who is white, claims he was terminated from his position for reporting to hospital officials that one of the supervisors in the public safety department was conducting illegal background checks on African American employees.

Walker is currently still employed at the medical facility. 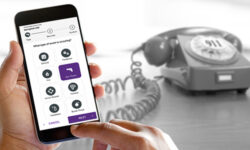