OROVILLE, Calif., Four former California State University (CSU), Chico Chi Tau fraternity members have been sentenced for the February hazing death of Matthew Carrington, 21. During the hazing incident, Carrington and another pledge were ordered to drink water from a five-gallon jug and douse themselves as onlookers blew cold air on them. Carrington died of heart failure caused by water intoxication.

Two other Chi Tau fraternity brothers still face misdemeanor hazing charges and will be in court Nov. 23. Another man involved in the case, Michael Fernandez, 19, earlier pleaded no contest and was sentenced to 30 days in jail. 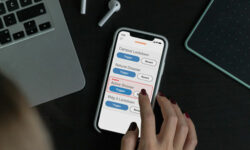