Hospital staff at a behavioral health center had 10 minutes to wake up 102 residents to get them to the center of the building. 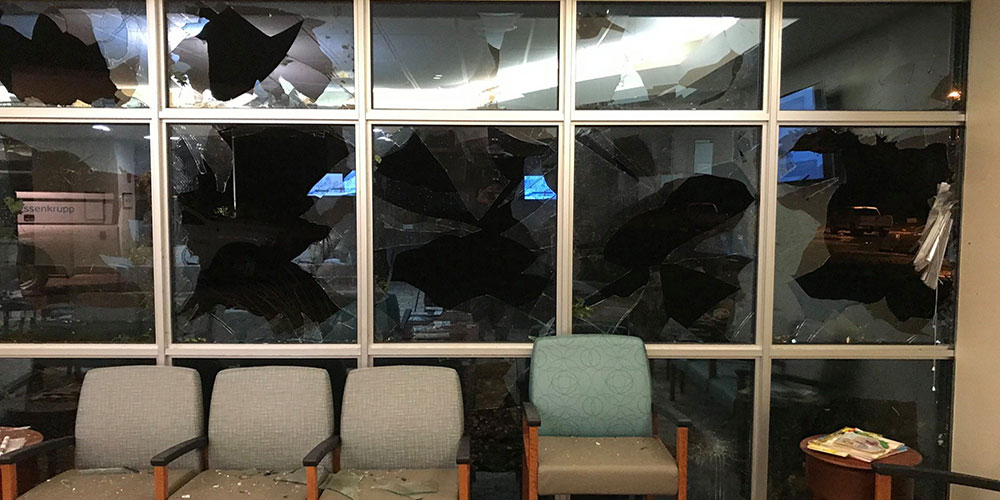 The tornado, which reached wind speeds of up to 130 mph, ripped off part of the Avera Behavioral Health Hospital’s roof and caused significant damage to the building’s windows, Argus Leader reports.

“There are big chunks of metal hanging from the building; broken glass everywhere; tree limbs and trash; cars that have been picked up and moved with their windows blown out,” said 46-year-old nurse manager Natasha Sundet. “When I walked into the building, there was water pouring in through the ceiling. I have never seen anything like it.”

A tornado warning sounded shortly before midnight as hospital staff had 10 minutes to wake up 102 residents to get them to the center of the building. Of the 102 residents, 39 of them were adolescents, added Sundet.

“We had children ranging from four to 17 who were huddled with their blankets and really just frightened and in shock,” she said.

Avera staff moved children and adolescent patients to Avera McKennan’s main campus in central Sioux Falls and are working with state mental health officials on a contingency plan for the displaced adults.

Doctors Were Mid-Surgery When Tornado Hit

At Avera Heart Hospital, also located in the Avera Health Complex, seven people suffered minor injuries from falling debris and another was hurt outside. As the tornado hit, doctors were mid-surgery, saving the life of a patient who suffered a heart attack.

“We were in the inner part of the hospital,”  said registered cardiovascular invasive specialist Stacy Handshumaker. “We were in a safe environment, but you could still hear the howling.”

Patient rooms at the heart hospital were not affected by the storm and are up and running, said Dave Flicek, president and CEO of Avera McKennan Hospital and University Health Center.

While Sioux Falls hadn’t been hit by a significant tornado in 25 years, the Avera Health System hospitals have kept up regular preparedness training, according to AP News.

“I’ve got to tell you our staff was courageous,” Flicek added. “They did what they were supposed to do — they stayed calm.”

Mayor Paul TenHaken said there was a “breach of protocol” when the 911 dispatch center responsible for signaling the tornado warning sirens in Sioux Falls didn’t follow protocol, resulting in only a quarter of the city hearing outdoor warning sirens before a tornado touched down.

The National Weather Service determined three EF-2 tornadoes touched down within four minutes. There were no reported fatalities or serious injuries due to the storms.