The woman is accused of assaulting or attempting to assault hospital police, university police and city police in the incident.

A woman visiting the intensive care unit of a Pittsburgh university hospital was arrested after police say she attacked multiple police officers and threatened a staff member Jan. 15.

Miamarshe Lynn Cole, 26, was charged with aggravated assault, making terroristic threats, resisting arrest and defiant trespass for the incident, according to wtae.com.

As a UPMC police lieutenant tried to restrain Cole, she allegedly attempted to bite him and then hit him multiple times in the stomach and legs.

Once handcuffed, Cole allegedly threatened the nursing administrator and kept shouting “police brutality” as officers led her out of the emergency department.

At one point during her arrest, Cole allegedly slipped a hand out of the handcuffs and kicked a campus police officer in the face.

Later, while being transported by Pittsburgh city police in a police wagon, Cole again allegedly escaped her handcuffs and tried to assault police and escape. 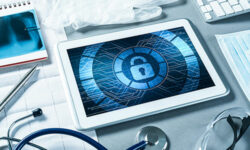