President Donald Trump is proposing $54 billion in cuts to the federal budget.

The money is currently used for emergency preparedness and response programs at the state and local level including the Pre-Disaster Mitigation Grant Program and the Homeland Security Grant Program.

Members of the Trump administration have characterized the budget cuts as necessary and in line with Trump’s rhetoric on the campaign trail.

It is unclear which states and localities would be affected by the cuts, but New York City Police Commissioner James P. O’Neill is among the critics of the proposal.

On Thursday O’Neill warned the cuts would eliminate federal funding for the city’s important counterterrorism efforts, according to the Washington Post.

“Under the president’s proposal, nearly all federal funding to the NYPD would be eradicated,” O’Neill said. “This funding is absolutely critical. It is the backbone of our entire counter-terrorism apparatus.”

The New York Daily News reports that several aspects of the NYPD’s response to two live bombs placed in Chelsea last year were funded by the Homeland Security Grant Program, including the Total Containment Vessel used to move the bomb, a bomb robot and the bomb suits used by technicians.

Although the proposal actually requests an overall increase of $2.8 billion in Homeland Security’s budget overall, $2.6 billion of that would go toward “high priority tactical infrastructure and border security technology,” reports the Los Angeles Times. The department’s current 2017 budget is $41.3 billion.

The proposal also includes a ten percent increase in the budget of the Department of Defense, although much of that is expected to be used on overseas national security operations. 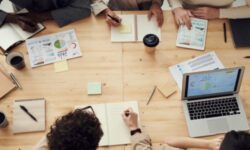