They Want Their CCTV

When officials at a Montana hospital began planning for the expansion of their camera surveillance system, they didn’t need to convince the nurses or employees that the upgrade was a good idea. Although crime isn’t an issue at the center, staff members embraced the notion that improved CCTV coverage would mean even greater safety and security for facility personnel, patients, visitors and assets.

The large downtown campus of Billings Clinic in Billings, Mont., doesn’t exactly have a reputation for being a hotbed of criminal activity, and employees take comfort in knowing they work in a relatively safe area. One might think then that with this kind of history, management and staff at the hospital wouldn’t be all that concerned with security.

But walking to your car at 10 p.m. in the dark by yourself after a long shift can pose a risk in even the most crime free of environments. Additionally, with the clinic’s ambitious plans for growth, an updated camera system would be needed to remotely view the expanded areas. The cost of security personnel hours also would need to be controlled, and hospital equipment and assets would require monitoring.

Issues like these led Billings Clinic management to begin its search for upgraded video surveillance equipment. Now installed, the new system not only helps management track assets and stretch its guard service personnel, it provides peace of mind to patients and visitors, as well as employees who come and go at all hours of the day and night.

Initially, before any new system could be installed, Billings Clinic security and facilities personnel needed to do their homework. The first step was getting all stakeholders onboard and working together.

According to Mitch Goplen, director of facility services at the medical center, “Before we even went down the road of cameras, we sat down and had an expectation meeting with our employee board and nurses.” Goplen and the others on his team asked employees what they needed from security, and staff indicated they wanted cameras and increased visibility of and access to guards. Cameras in the parking lot were specifically requested.

Other important stakeholders who were even more closely involved in the project were the hospital’s IT department, the integrator (Milwaukee-based Johnson Controls), electrical engineering and the clinic’s architects. The participation of the IT department was particularly important. “For any other organization that might do this, they need to look at their infrastructure and make sure it can support such a product,” says Daniel Lafrombois, network engineer for Billings Clinic.

The team involved in the upgrade determined that putting the CCTV system on the same network infrastructure as that of the rest of the clinic was a requirement. This would help keep the cost of operations under control.

Some of the other systems running on the network besides the video security system included the hospital’s lab work, pharmaceuticals and telemedicine. Because of the potential impact security could have on patient care, the video surveillance installation team had to be extra careful. “To put the security system on the same network, we took this very seriously and made sure it wasn’t going to cause a crash and that it wasn’t going to cause misinformation,” says Goplen.

Because the clinic is growing rapidly, the team also didn’t want any distance limitations. The new CCTV system would need to have the ability to expand to offsite facilities yet still piggyback on the clinic’s computer network backbone.

Versatility was another issue. Billings Clinic personnel wanted the ability to move, add and change cameras, monitors and other system components without redeploying cable for every change.

After Billings Clinic’s general requirements were determined, the next step involved finding vendors to move the process forward. “We weren’t looking for product,” says Cody Anderson, the on-site integrator from Johnson Controls. “We were looking for a company we could partner with. Technology changes pretty fast, so we wanted a company that we would be with for the long haul.”

The clinic’s team chose Pelco, a Clovis, Calif.-based provider of CCTV solutions. Goplen says, “The way Pelco is run fits our company’s morals and beliefs.” But in addition to cultural compatibility, Pelco was able to provide the technology needed to make the project a success. The Billings Clinic team required pan/tilt/zoom cameras, ease of installation, the ability of the solution to record up to 30 days, and a combo hardwired/wireless system. They also wanted ruggedized outdoor cameras that could view activities occurring in low-light conditions.

Once Pelco was designated as the CCTV vendor, placement of cameras needed to be determined. The hospital’s team believed it was crucial to monitor the traffic pattern in and out of the facility. That meant focusing on entrances and exits, as well as parking lots. The determinations were based on traffic patterns, flow and risk.

Along with camera placement, however, other policies and technologies needed to be adopted for the protection of privacy. “In a hospital, extra care has to be taken to ensure that cameras protect patients, staff and visitors while preserving patient privacy,” says Ron Berglund of Securitas, the security company contracted by Billings Clinic for guard services. “Even though our system offers window blanking, we went the extra step of positioning all of our cameras in ways that ensure privacy, even without window blanking.”

Goplen adds, “We have our strict guidelines and policies of why we use it, what it is used for and locations. As far as privacy goes, we made sure that we weren’t crossing the line on any of that. Our concern was whether to tell people [staff] about it when we were putting it in. Do they think we’re watching them? They might think, ‘Are they using this to monitor our breaks?’” Goplen, however, did not receive any complaints about the new CCTV installation. “In fact, people were just grateful that they were seeing it come in,” he says.

“We probably paid a little extra for installation, but we felt strongly that if something is going to be effective, it needs to be in the right location,” says Goplen. “It’s going to be running 24 hours, seven days a week for who knows how many years to come. We’re not going to compromise location to save a few dollars or days on installation. Everything was put in the walls and concealed to the point that if you go down the hallway, it looks as if it was designed as part of the architecture of our facility.”

Some networking issues did arise in early testing of the installed system. The resulting solution was a software patch, which Enterasys has since incorporated into its software. Pelco also made some fixes. Despite these challenges, all of the parties involved, including those from Pelco, Enterasys, Johnson Controls and Billings Clinic used a team-approach to get the job done.

The system has been up and running since November 2005 and has allowed Billings Clinic to deploy its security personnel more efficiently. Additionally, those who operate it have given it rave reviews. “Our officers have responded to Endura like kids in a candy store,” says security operator Tony Fread. “They love the Endura keyboard, especially the shuttle ring. The system delivers images with amazing speed — there’s virtually no delay across the network for reviewing video.”

When an incident does occur, clinic staff can now easily search the footage and clearly see what happened. Different levels of access and programming ability can also be assigned depending on the position and responsibility of the personnel using the system.

The upgraded surveillance solution has been credited with providing the hard data that has led to some successful apprehensions. “We had some people living in a rental across the street, and they were hitting golf balls into our research buses,” says Goplen. “That was all caught on video.” Issues involving transients and other minor crimes have also been addressed thanks to the new CCTV system.

Most importantly, however, is the fact that employees and visitors feel safer when they know security is watching over them.

Although this CCTV installation was significant in scale on its own, Billings Clinic has plans for expansion. The hospital has 12 remote sites, and eventually the video surveillance system will be expanded to all of those locations. Video recognition (or analytics) will also be incorporated so that if a suspicious person comes onto the campus, security personnel can track him or her.

Robin Hattersley Gray is executive editor of Campus Safety Magazine and can be reached at robin.gray@bobit.com.

For the complete version of this article, please refer to the September/October 2006 issue of Campus Safety Magazine. To subscribe, go to https://www.secure-mag.com/CSM_Subscribe/. 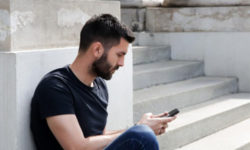 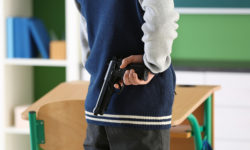