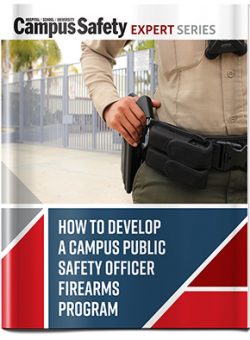 How to Develop a Campus Public Safety Officer Firearms Program