In this webinar, you’ll learn from Newtown Public Schools’ Director of Security Mark Pompano about safety preparedness and its importance on campus. 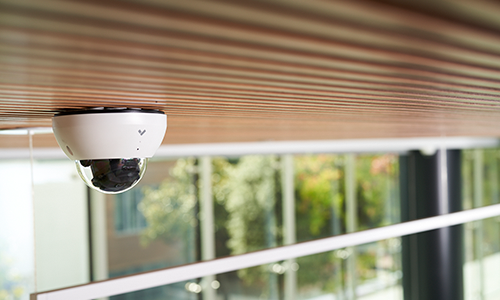 While student safety is often cited by campus and district officials as a top priority, incident response protocols often are overlooked until a situation that warrants action occurs. Regardless of how unlikely it may seem to have a severe scenario unfold on campus, schools can’t afford to not take appropriate precautions. Investing in security measures will ensure a campus is doing all that it can to protect its students and faculty.

In this webinar, you’ll learn from Newtown Public Schools’ Director of Security Mark Pompano about safety preparedness and its importance on campus.

Attendees Will Learn How to:

Mark Pompano began his career in 1987 as a police officer with municipal and state forces in Connecticut, eventually earning the rank of Sergeant. In the early 1990’s, Mark joined the Los Angeles Police Department (LAPD) and worked with many different divisions and specialized units, including investigating high-profile cases. Most notably, Mark’s investigation and discovery of crucial investigation lead to the identification, arrest and conviction of Chester Turner, who remains to this day LA’s most prolific serial killer.

In 2008, Mark returned to Connecticut to assist his mother with the care of his father, who suffered from Alzheimer’s disease. In August 2008, the Newtown Public Schools hired Mark as their Director of Security, where he drafted the district’s initial Emergency Operations Plan, established school emergency response guidelines, and assisted building principals with emergency response drills and exercises. The tragedy at Sandy Hook School affected Mark on both a professional and personal level, as the school’s principal Dawn Hotchsprung was his longtime hometown friend and high school classmate. As a result of the Sandy Hook tragedy, Mark currently is responsible for all security-related matters in the district, and supervises a staff of 20 armed and unarmed school security officers whose primary mission is to ensure the safety and well-being of all children, students, faculty, and staff members throughout the Newtown Public Schools.