The injured students’ parents plan to seek $12 million from the Mobile Board of Education and are demanding the coaching staff be fired. 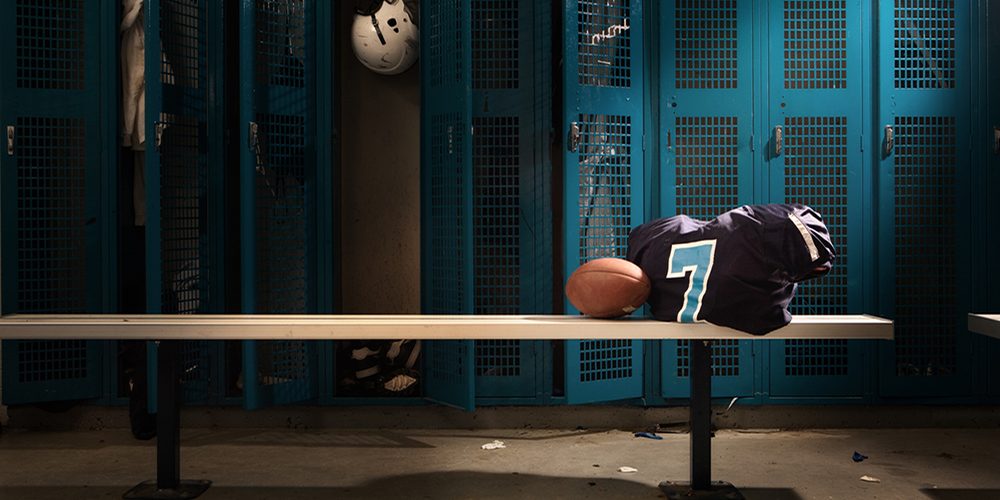 The student suffered from a busted lip, bruises and a broken arm.

Police say three of four students who were suspended from Davidson High School in Mobile have been charged as juveniles with third-degree assault after the April 27 incident, reports Tuscaloosa News. As of Wednesday, police were searching for the fourth student wanted on the same charge.

Rodney Kim Jr., 14, says he had just been promoted to the varsity team on April 27 when one of the team captains pushed him to the floor in the locker room after practice. A cell phone video shows about 20 other upperclassmen hitting, kicking and jumping on top of Kim.

Kim suffered from a busted lip, bruises and a broken arm. He had surgery on his arm on Wednesday, according to WSFA. Kim’s parents, Mary and Rodney Kim, say they received a call from the school that afternoon claiming their son had been hurt at practice.

The Kim’s are demanding head coach Fred Riley and his staff be fired because they believe he knew about the apparent hazing tradition.

The parents also announced on Monday that they plan to seek $12 million from the Mobile Board of Education for harboring negligence among its coaches, whom they claim failed to intervene during the attack. They are also requesting the team forfeit their 2018 season and are requesting that all 20 players involved be charged. No formal lawsuit has been filed yet.

In a press conference last week, Superintendent Martha Peek said coaches were nearby when the assault happened.

“All of them were in close proximity. When they realized that there was an increased amount of noise in the locker room area, they responded,” she said.

The elder Kim disputes her claim and says it took almost a week for Peek to reach out to them.

“Excuse me, but that’s a lie. My child never encountered a coach until he was helped off the floor by a couple of other freshmen that are his friends and stumbled out of the field house, and that’s when he bumped into the quarterbacks’ coach coming around the corner. No coaches were ever in the vicinity,” he said.

Mary and Rodney say their son won’t return to Davidson this school year and will likely finish his high school career elsewhere.