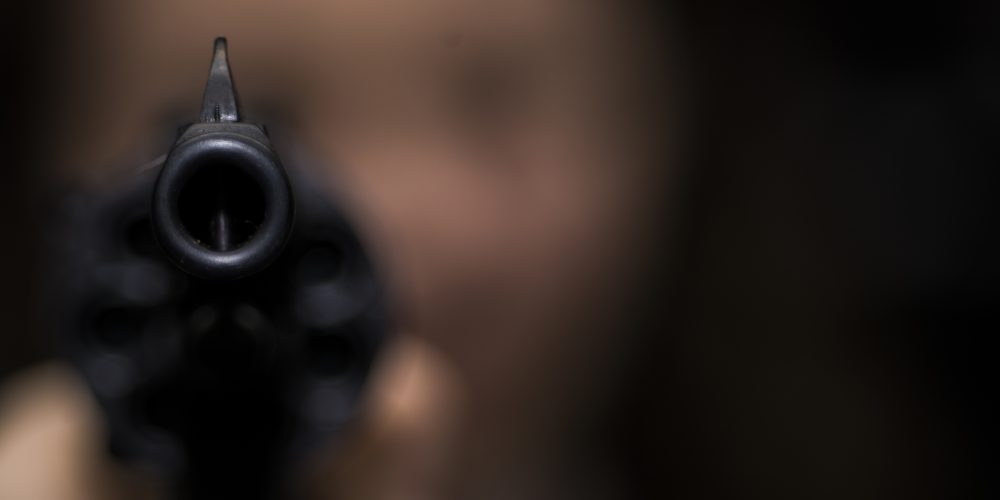 While it is impossible to prevent every active shooter event from occurring, new technology is helping first responders and law enforcement mitigate the threat faster to help reduce the number of casualties.

Over the past decade, the number of active shooter incidents in the United States has grown exponentially. According to fbi.gov, there were 214 fatalities from active shooters in 2016, which jumped to 729 just one year later. Most of these shootings (62.8%) occurred in businesses and schools.

However, the reality is active shooter incidents can happen anywhere at any time – meaning no place is immune to an active shooter event. While it is impossible to prevent every active shooter event from occurring, new technology is helping first responders and law enforcement mitigate the threat faster to help reduce the number of casualties. 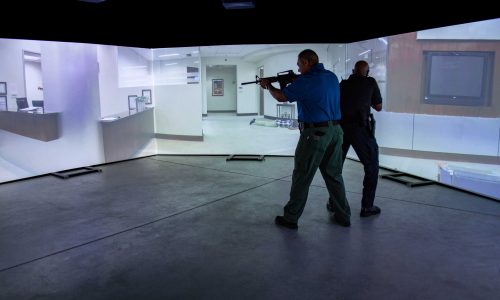 Indoor shot detection is a revolutionary life safety technology that reduces or eliminates delays and errors common in today’s victim or witness-initiated responses to active shooter incidents. Adding this technology to a building’s life safety system can shorten the duration of an active shooter event and reduce harm.

Active shooter incidents are unpredictable and can evolve quickly. Communication between people at the scene and law enforcement has proven to be confusing and erratic. This can lead to longer incident duration due to ambiguity with regard to location and number of shooters. Recent tests have shown that shot detection technology enables law enforcement to respond and mitigate a threat up to 60% faster.

Early detection can trigger a host of responses including alerting occupants to the location where shots were fired while triggering building alarms, emergency notifications, evacuation and sheltering procedures. It also allows emergency personnel to remotely monitor the situation through video streaming while providing first responders with detailed situational information.

Early and accurate detection followed by precise and clear communication also keeps occupants informed in real-time. This vital information may help them find a safe exit from the building or a secure area to shelter in place from the threat while security personnel and police respond.

There are several ways to detect gunshots in a building. Acoustic detection works by using sensors to capture a sound, develop an acoustic signature, then quickly analyze that acoustic signature using sophisticated algorithms to validate if it’s a gunshot. That information can then be used to pinpoint the location of the shot and display it on a graphical interface.

Acoustic detection can also indicate the number of shots fired and the cadence at which they were released, giving insight into the type of weapon the shooter is using. This data can then be sent to security, law enforcement, hospitals and fire service to enhance their overall strategic picture of the situation and aid in response. 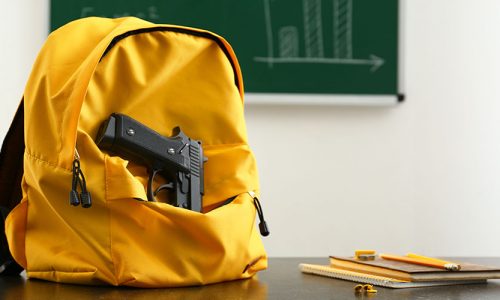 For example, if an active shooter system requires both acoustic and muzzle flash authentication, wall sensors will pick up the gunshot. However, muzzle flash may be masked in spaces where partitions or walls are separating cubicles, offices or classrooms. While acoustic sensors can detect sound through walls and around corners, infrared sensors can only pick up flashes within its line of sight.

A gunshot has unique acoustic signature characteristics. Recognizing a gunshot requires sophisticated algorithms to analyze the sound and determine whether it’s an actual gunshot or another sound with similar characteristics. Ongoing testing allows developers to refine algorithms and rule out potential false alarms.

Acoustic sensors can be mounted in ceilings or on walls with a range that varies among manufacturers or developers. The range of the sensor is also dependent on acoustical characteristics in the space, which can include reverberation as well as the room’s sound absorption properties. Even the shooter’s body can create an acoustic shadow when shooting away from the sensor.

While there is no limit to the number of sensors that can be placed throughout a building, the cost of some of the systems in the marketplace is forcing facility managers to focus their investment on potentially high-target areas.

When it comes to the location of sensors, some believe it’s best to place them in areas where the largest number of people congregate such as cafeterias, gymnasiums or auditoriums. However, this is not necessarily where the first shots take place. Other variables, including building access, approach, motive and opportunistic actions taken by the shooter can all play into the location of the first shots. Spaces such as entryways and hallways may be the most effective area to detect first shots.

It is important to note that system design will never be able to cover 100% of a building. This technology should be part of a comprehensive plan developed by security professionals who can create a risk and threat assessment and discuss options with the building managers.

The rise of active shooter incidents has led to a sharp increase in the availability of shot detection technology. However, not all shot detection systems are created equal. Test standards, which are critical to authenticating performance claims, are currently in the early stages of development.

Life safety systems — such as those used for fire detection — are tested by organizations including Underwriters Laboratory (UL) and Factory Mutual (FM) against standards accepted by the industry. Developers of gunshot detection systems will soon be required to meet similar standards.

The NFPA 3000 Standard for an Active Shooter/Hostile Event Response (ASHER) Program was recently fast-tracked by NFPA to serve as a resource for facility managers, school administrators and law enforcement personnel. Prior to the creation of this standard, no document within NFPA existed for guidance in multidisciplinary programs for preparedness, response and recovery to active shooter and/or hostile events.

The purpose of the standard is “to identify the program elements necessary to organize, manage and sustain an Active Shooter/Hostile Event Response (ASHER) program.” The standard is meant to address operations around active shooter events. It provides the language, responsibilities of key personnel and recommended processes for setting up an active shooter response program. It does not serve as a guide for technology, except for defining the needs around mass notification, as stated below:

The committee intends to create a family of standards in the coming years that can be adopted by local AHJ.

The majority of security systems are passive. Locked doors requiring security cards to gain access to a building and cameras monitor building activity. However, the system itself doesn’t generally react to the input. Life safety systems must also include redundancies (backups) for power, communication, network and cybersecurity, while security systems do not have to meet these rigid standards.

In the future, the integration of shot detection into existing life safety systems will enable facilities to leverage the infrastructure already in place. After detection occurs, mass notification to occupants, first responders and law enforcement can be sent through the same systems used for fire detection. Like all life safety systems, redundancies will be built into shot detection technology to ensure continuous uptime.

While no technology or planning will ever eliminate active shooter threats, it can significantly shorten the duration and lessen the impact of the event. Advancements in shot detection give occupants, emergency management and first responders valuable seconds to detect and react to active shooter events and, in turn, potentially save lives.